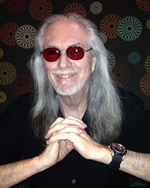 I used to be a member of Local 802 and recently re-joined the union after taking a break. I’ve been a member of AFM Local 47 (Los Angeles) and also Local 30-73 (Minneapolis-St. Paul) and it’s just nice to come home to the best local in the country. A favorite recent gig was backing Linda Peterson. She’s a great jazz vocalist and it’s great to play all those standards I was raised on. As a kid, I played bongos and conga in many dark basements in Flatbush before making my professional percussion debut at age 12, playing for President John F. Kennedy. I joined an award-winning drum and bugle corps and had the privilege of entertaining dignitaries at the New York World’s Fair, the Macy’s Thanksgiving Day Parade and the St. Patrick’s Day Parade. I was a member of  the band Stephen’s Court, which was a vital part of the New York scene in the late 1960s and early 70s. We played all over, sharing the bill at different times with Pete Seeger, the MC5, Andy Warhol’s Ultra Violet, Zoot Sims, Wilson Pickett, Paul Krassner and Allen Ginsberg. I was staff percussionist at the prestigious Upsurge Studios (later Blue Wave Studios) on the West Side of Manhattan. I also studied acting at the Acting Studio under the direction of Tony Steblay and composed the title songs for the plays “Lunar-tics” and “Players.” I am currently working on a record with my son Jason Peterson DeLaire, with Billy Peterson on bass.