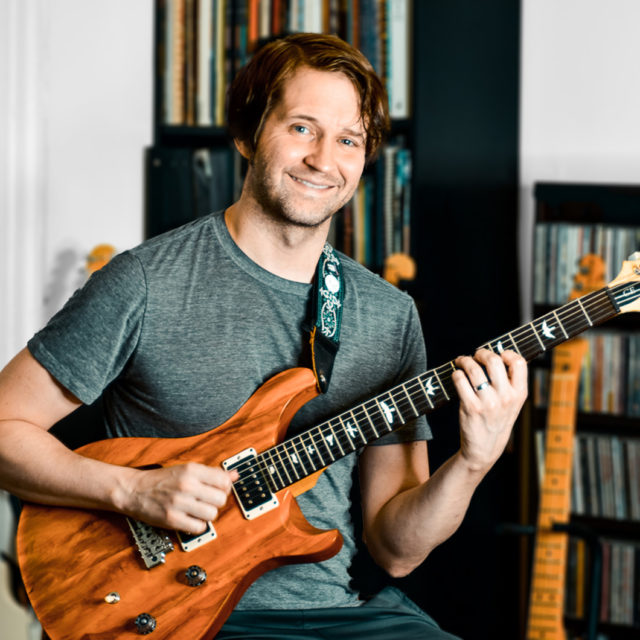 I think unions are an extremely important part of American society, and when I learned about Local 802 and everything that it does for its members and the community, I wanted to be a part of it. My musical goal in NYC is simply to play with as many different people in as many different types of settings that I can find, while continuing to improve on my instrument. My favorite gig of all time was playing at Yoshi’s in Oakland, California. One of my favorite albums was recorded there (Pat Martino’s “Live at Yoshi’s”) and I was playing with one of my musical heroes, Charles Neville, who sadly left us in 2018. Like most guitarists, I grew up listening to and learning to play blues and classic rock. I found my way to funk and jam bands in my late teens which ultimately led to a very intensive study of jazz – something I still actively pursue. I can’t imagine a world without music. There’s rhythm based in every fiber of the human experience because we’ve been listening to the rhythm of our heartbeats for as long as we’ve been a species. It’s one of the things that separates us from the rest of the animal kingdom. As a kid I would wave a pencil around in front of the TV, pretending to help conduct the orchestral performances that were on PBS. It’s just something that has been in my head as long as I’ve been alive. My current performances involve booking my original rock band and my jazz trio for whatever gigs I can find. I recently became self-employed after teaching lessons as an employee for other people for the majority of my adult life. Although things are going great, running www.bushwickguitarlessons.com is certainly a lot more work!
Adam Douglass
info@adamdouglass.com