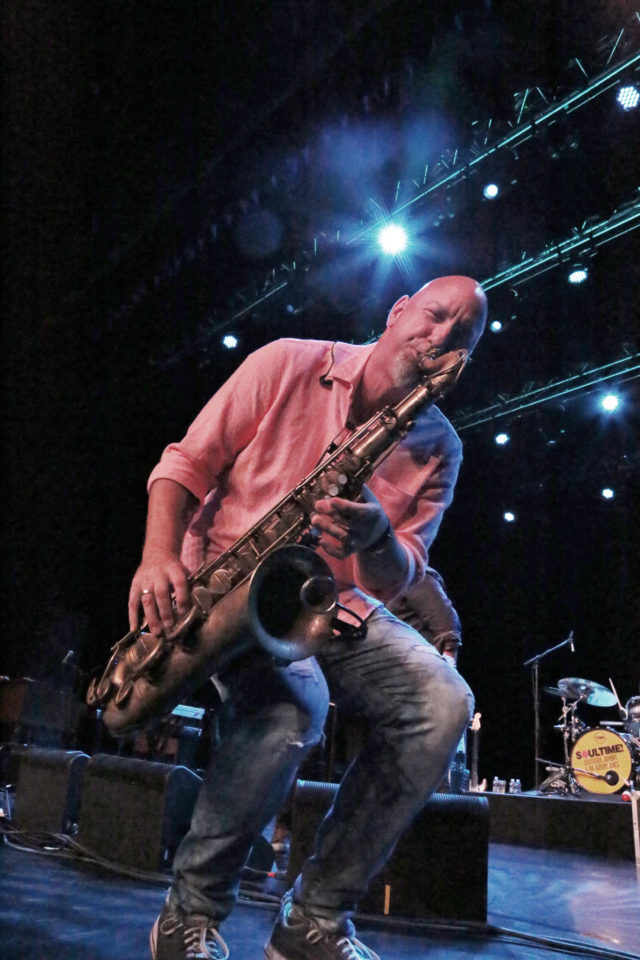 I re-joined Local 802 when I began subbing on a Broadway show last year. My musical goals in NYC are the same as they’ve always been: to make great music with great people, regardless of the venue. I occasionally have the great opportunity to tour with Diana Ross, but I’m also truly blessed to work in many very fun – and very good – bands, including Southside Johnny & the Asbury Jukes, and Glenn Alexander & Shadowland. Last year, I remember playing with Shadowland at a little venue in Maryland called Worsell Manor. It’s a manor house and a barn from the 1680s(!), and was just a very cool place to play. The band sounded great, and the crowd was enthusiastic and enjoyed us very much. It’s always rewarding to play real music in a concert situation for real fans. I grew up in North Carolina, a product of the public school band program. After touring the southeast “chitlin and beach club circuit” in my teens, I moved to NYC at age 19 to go to the New School, where I was in the first class for the new jazz program. I started out gigging in Latin bands, and eventually wound up doing club dates and pretty much anything else I could get my hands on, including several Broadway show tours. Later, at Queens College, I earned a master’s degree in jazz studies. I have been drawn to music and compelled to try to make music for as long as I can remember. Music is definitely the siren’s song to my soul. I currently do extensive freelance work as a saxophonist, arranger, producer, studio mixer, tracking engineer and music tech consultant. My horn section is called New York Horns, and I also teach at Sarah Lawrence College. — John Isley, john@johnisley.com