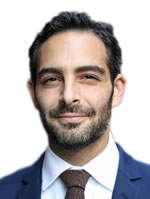 Happy summer to all! I’m happy to report that Local 802, the Broadway League and the coordinated bargaining partners have entered into a new three-year collective bargaining agreement. The deal features the largest wage increase in the past two decades, plus a 23 percent increase in healthcare contributions and a new option for using a 401(k) retirement plan. The Broadway Negotiating Committee and the Local 802 Executive Board have both unanimously approved the agreement, and as I write this, we anticipate an exciting ratification meeting on June 22 where the negotiating committee and I will present the entire agreement to the Broadway bargaining unit.

Leading up to negotiations with the League, we took surveys of the bargaining unit, which showed that the key priorities were increases to healthcare contributions, higher wages, and better retirement security. Increasing healthcare contributions became even more important once we were notified in late March of a projected $2.7 million deficit at the Local 802 health fund. We believe the new contract meets these key priorities. However, as is the case with all negotiations, each side had to give on certain proposals.

Highlights of the deal include:

I want to thank the Negotiating Committee for their tireless work on this agreement: Jan Mullen (chair); Tom Monkell (vice chair); Rob Jost; Chris Reza; Kate Spingarn; Justin Vance; Caitlin Warbelow; Jon Weber and Ian Weinberger. Particularly I want to thank Chair Jan Mullen and Vice Chair Tom Monkell for their leadership. Their data-driven approach to the negotiations allowed us to focus on the issues most important to our membership. I want to thank our managing director, Jon Kantor, who was able to help creatively solve many problems presented in the negotiations. Frank Moss, our counsel for the negotiations from the firm Spivak Lipton, brought a wealth of experience and was a great help. Joy Winkler, Theresa Couture and Sarah Koshar were also valuable contributors and they deserve our gratitude.

The real force behind this successful negotiation was the power of organizing – and the credit goes to you, the members. This includes every member of the Broadway bargaining unit who filled out contact cards in January, showed up to meetings in February, helped create and then participated on the contract action team, showed up to Theatre Committee discussions throughout, and everyone who helped support what is just the start of our #802strong campaign. That engagement, excitement, and collective action is what helped deliver this new contract. I would like to personally thank every member of the Broadway bargaining unit who participated.

In this issue of Allegro, we are publishing the audited financial reports of the union, including Local 802, the Emergency Relief Fund, and the summary annual report of the Health Fund. This gives members transparency into 802’s finances. As you can see, beginning on page 36 of the print edition, last year left us with a $646,000 deficit, which makes 2018 the fourth year in a row in which Local 802 operated at a deficit. My administration is making a great effort to balance the budget and avoid deficit spending in 2019, which you can read about in Financial Vice President Karen Fisher’s report on page 7. (Karen also reports on our new single engagement classical concert scales.)

On a related note, the AFM-EPF trustees recently announced that our pension plan is in critical and declining status. This marks the beginning of the process by which our trustees will apply to the U.S. Treasury for cuts to our accrued pension benefits. In pursuing these cuts, the AFM-EPF joins a minority of all multi-employer plans which have taken this drastic step to reduce plan participants’ hard-earned benefits. The cuts are meant to be aligned with the preservation of the pension.

The Executive Board, officers and I believe that the AFM-EPF trustees need to be transparent throughout this process with the members of our union. In March, we asked that the trustees personally appear before the membership of Local 802 to answer member questions about the pension crisis. The trustees turned down this request.

The Executive Board of Local 802 will continue to educate and advocate on behalf of its members. The pension crisis will be a continuing priority of our membership meetings, and we will seek to educate our membership on the cut process and the legislative situation in Washington. The Executive Board also believes that the time has come to add much needed expertise to the AFM-EPF Board of Trustees. As you may know, Local 802 sponsored a bylaw change at the AFM convention. This bylaw proposal mandated that AFM-EPF Trustee Co-Chair Ray Hair appoint two experts, an actuary and an investment professional, to the AFM-EPF board. By the time you read these words, we’ll know whether our bylaw proposal was successful. We’ll give you a full report on the AFM convention in the next issue.

Finally, the Executive Board is urging all members to support S. 833, a bill to amend the Employee Retirement Income Security Act of 1974 and the Internal Revenue Code of 1986. This proposed amendment provides that plan participants have a meaningful vote on whether to accept or reject benefit cuts to multi-employer plans in critical and declining status. Current law deprives us of that meaningful vote. S. 833 would ensure that a fair and democratic vote can take place concerning any proposed benefit cuts.

The Broadway League has released end-of-season statistics for the 2018-2019 season, which began May 28, 2018 and ended May 26, 2019. For the 2018-2019 season, total attendance reached over 14.7 million and Broadway shows yielded over $1.82 billion in grosses, making it the best attended and highest grossing season in Broadway recorded history. All new and continuing productions ran a record total of 1,737 playing weeks.

“The trend is clear. Broadway has never been more appealing to so many different people ranging from kids to grandparents and everyone in between. This substantial growth in attendance clearly reflects the large variety of offerings including long running shows, new hit productions and stories relevant to our society today,” said Charlotte St. Martin, president of the Broadway League. “This coupled with the fact that over 50 percent of tickets are priced below $101, the industry is achieving its goal of being more accessible to everyone.”

Broadway attendance in the 2018- 2019 season topped those of the ten professional New York and New Jersey sports teams combined. Broadway surpassed the combined sports teams by over 4.6 million in attendance.

Also, congratulations to Harold Wheeler, who won a special Tony Award for lifetime achievement. Wheeler has been a member of Local 802 since 1967 and has credits on 27 Broadway productions, including “The Wiz,” “Dreamgirls” and “Hairspray,” as well as the current “Ain’t Too Proud.”

As usual, this issue of Allegro has lots of great content, including:

A NEW CONTRACT FOR ST. LUKE’S

Local 802 and the Orchestra of St. Luke’s ratified a new three-year agreement, expiring Sept. 7, 2021. We took some great photos of a recent rehearsal, and Karen Fisher has more details about the new contract on page 31. 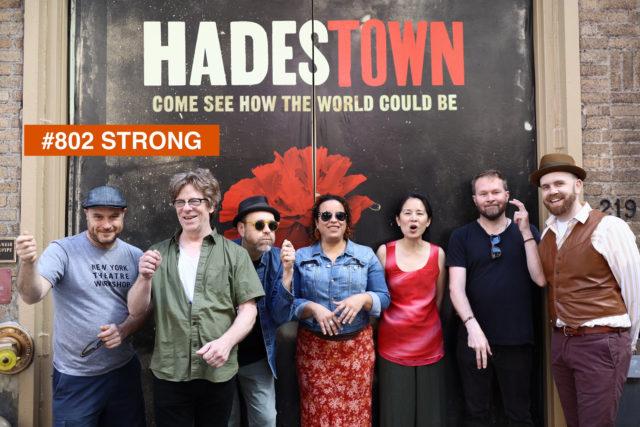 Congratulations to all those who won a Tony this year, including the musicians of “Hadestown,” which won best musical. The Broadway season of 2018-2019 was the best attended and highest grossing in history, yielding over $1.82 billion. Local 802’s new Broadway contract features the largest wage increase for musicians in the past two decades.