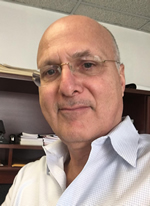 Jonathan Kantor is the new managing director and senior advisor of Local 802. In that role, he will function as chief legal officer for 802, and will be in an advisory capacity with respect to collective bargaining, strategy and improving our financial strength. In addition, Mr. Kantor has been appointed as one of the trustees to the Health Fund. Before stepping down in 2017, he served for 23 years as executive vice president and general counsel of CNA Financial, a leading financial services company with over $40 billion in assets. Before CNA, he was a partner in a New York law firm, Shea & Gould.

Allegro: Local 802 has never had a managing director before. How did this come about?

Jonathan Kantor: Well, I have had a long career in both the legal and business worlds. One of my jobs here will be to oversee all the legal functions of the local. But the job also has a strong business component to it, which is to advise the Executive Board and the officers on business issues. Because of my duel role advising the local on both business and legal issues, we decided the better title would be managing director and senior advisor.

Allegro: Describe how a financial executive and a lawyer becomes managing director of Local 802.

Jonathan Kantor: I am an amateur cellist and have played chamber music with Local 802 musicians for a long time. And over the years, they voiced their concerns about the health plan and of course about the pension plan. Eventually their concerns became my concerns, and I got involved.

Allegro: How did you get involved?

Jonathan Kantor: I was introduced to Musicians for Pension Security. I had experience with pensions and investments, and I was able to help. And now here I am. And from the start, I must say what a pleasure it has been working with Adam. He is incredibly hard working, attentive to detail, and a tremendous listener. All the qualities that made him a first-rate musician are the qualities he brings to his role at 802.

Allegro: What are your initial impressions of 802?

Jonathan Kantor: Coming in, the priority was to get to a balanced budget, and now we have one. To get there, we took a hard look at expenses, and found some inefficiencies, particularly in the areas of audit, PR and legal fees. For example, there was a retainer arrangement with a law firm which was costing the local $180,000 per year. But then whenever something significant happened, the law firm would charge in addition to the retainer. So, what’s the point of the retainer? We ended our retainer with the firm and this year 802 will be spending much less on legal fees. There are many more examples of things like that.

Allegro: We understand you are already involved in collective bargaining. What is your approach to negotiating?

Jonathan Kantor: Right now, I am involved as an advisor in both the Broadway negotiations and the Off Broadway negotiations. They are going on at the same time. In my career, I have negotiated many contracts, some involving billions of dollars. I have found it’s never enough to tell the other side what you want. You need to tell them why you want it, and particularly what problems you are trying to solve. Then the other side may come up with a solution you never thought of. The best negotiations are where both sides outline and agree on what the problems are, and then go about solving them together.

Allegro: What’s different about the union environment and the business environment?

Jonathan Kantor: The business environment is top down. The union environment – at least this union – is much more of a democracy. It is critical to truly listen, hear and respect what people are saying. Many points of view need to be accounted for when formulating negotiating positions.

Allegro: What are your initial views of the Health Plan?

Jonathan Kantor: My former company used to be a major player in the group health insurance business, so I understand the dynamics of the business. It is very important to me that we make available health insurance coverage to as many musicians as we can, consistent with remaining fiscally prudent.

Allegro: What does this job mean to you personally?

Jonathan Kantor: I’m just grateful for opportunity to help people I care about – musicians – and to bring to them the knowledge and skills I have built up over the years. I have something to contribute, and so long as that remains the case, I’d like to be of service.

Allegro: Jon, thanks very much for your time and good luck in your new position.