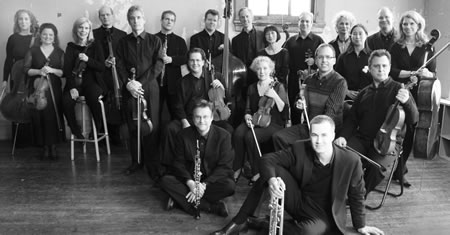 The musicians of the Orpheus Chamber Orchestra have ratified a new three-year contract., which boasts big gains even in the middle of a recession.

The contract, which covers the period Sept. 1, 2010 to Aug. 31, 2013, was ratified early – three months prior to the expiration of their current contract.

Significant wage increases were achieved. Musicians will earn a 4 percent increase in the first year of the contract and a 4.5 percent increase in each of the second and third years. Since these percentages are cumulative, the total increase over the three-year contract is 13.6 percent.

Members are required to perform an average of 35 percent over two years.

Pension pays 15.5 percent in the first year and 16 percent in years two and three. (These rates are exclusive of the supplemental rehabilitation pension contribution to which the management of Orpheus has agreed.)

Violinist Richard Rood, a member of the Orpheus Salary and Benefits Committee, told Allegro, “I am very pleased with the outcome of our recently concluded negotiation with the Orpheus management. I am thankful to have been part of such a great committee which consisted of Maya Gunji, Jordan Frazier, and myself, with the additional help and guidance of Jay Blumenthal and Harvey Mars. We are thankful to have an amazing staff and board that recognize the importance of continuing to increase the musician’s salaries along with a strong commitment to raise the funds necessary to support the artistic growth of the orchestra.”

Rood added, “With this agreement I look forward to the next three years being a time where Orpheus expands its activities and continues to attract some of the finest players in our profession.”