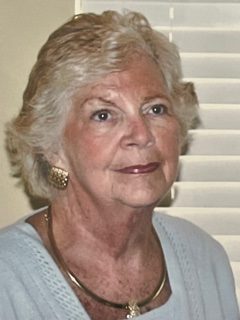 The pianist and vocalist Constance Webber Chesley, a member of Local 802 since 1956, died on April 6, 2020 at the age of 87. Her daughter Jennifer submitted this tribute to Allegro:

Constance Webber was an amazing vocal and musical talent. Born in Columbus, Ohio in 1932, she studied at Ward-Belmont Conservatory of Music before graduating from Stephens College and Juilliard. My mother played the piano and sang in lounges on the East Coast before the joining the cast of the original “Sound of Music” on Broadway, where she made her debut in 1960. Connie married and raised two daughters, juggling family with a career at the New York City Opera followed by 23 years as a chorister and soloist at the Metropolitan Opera. She sang with world-renowned talents such as Beverly Sills, Luciano Pavarotti and Placido Domingo. After retirement, Connie remarried and spent a wonderful 25 years in Stuart, Florida where she enjoyed volunteering and supporting many local causes. She was a member of St. Mary’s Church, Daughters of the American Revolution, Daughters of the King, Daughters of the Confederacy and the Junior League. Besides myself and my sister Lisa, my mother is survived by her brother and sister-in-law Charles and Anne Clarke,  daughter-in-law Debra O’Connell, grandson Michael Lozner, several stepchildren including Bill, Fred and Mary Chesley, and numerous other family and dear friends. She was a remarkable woman who is missed by all who knew and loved her. (For those who might be interested, I wrote a longer tribute to my mother in 2018 when she was 85 years old.)