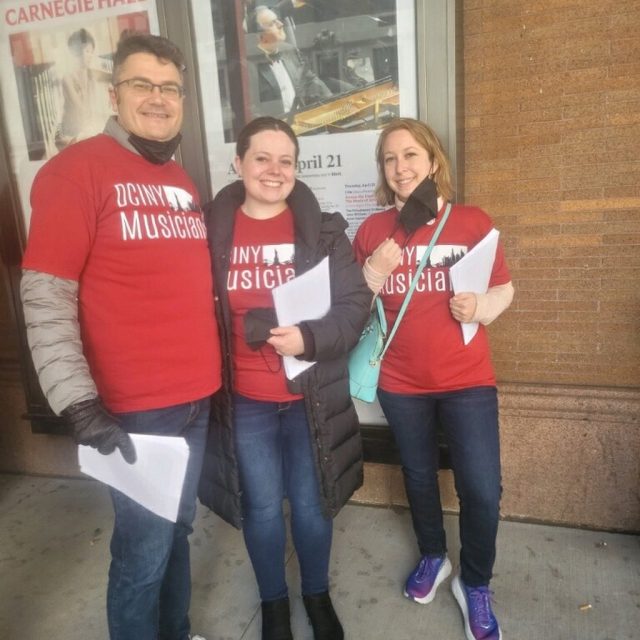 Local 802 has filed a second Unfair Labor Practice charge with the NLRB against Distinguished Concerts International New York for failing to provide relevant information regarding the hiring of musicians for a concert on March 27, claiming that all musicians were “guest artists.”

Management refused to schedule negotiations with the union for many months. This stalemate was finally broken after Local 802 won an Unfair Labor Practice charge against the company in November 2021.

The musicians have repeatedly requested hiring information from 2017-2019 in order to demystify past hiring practices. Instead of providing this information, DCINY has proposed an audition process and a new hiring practice that could be used to replace the current orchestra members.

Despite the musicians’ success in forming a union in 2019, DCINY management has refused to negotiate in good faith for a fair contract. DCINY has used the pandemic as the reason to arbitrarily delay negotiations, despite the fact that most major NYC cultural institutions (such as the Metropolitan Opera, New York Philharmonic, American Ballet Theatre and Jazz at Lincoln Center) have managed to negotiate fair agreements with their musicians and re-open their doors.

Local 802 and the musicians of DCINY call on management to immediately schedule negotiations and bargain quickly for a fair contract.