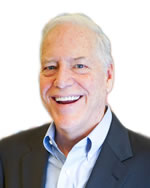 Greetings to the musicians of Local 802! Thank you very much for your warm welcome this February. I am looking forward to hearing about your professional experiences and sharing some of my ideas. As a peak performance psychologist, I work with people who want to perform their best under pressure.

Over my 35-year career, I have heard some wild audition stories: the proctor has a coughing attack during a candidate’s solo, candidates on the stage can hear other candidates warming up, a panelist takes a phone call during an excerpt, an auditionee’s music falls off the stand and scatters, and so on. I personally know several musicians who were well prepared and ready to win when they encountered questionable actions taken by audition panels, personnel managers, or proctors. These stories are always hard to hear. They all involve unexpected variables for a musician who has put in hundreds of hours (and most likely dollars) preparing for and getting to an audition.

Recently, I’ve been hearing an interesting trend regarding the time slot given for the audition versus the actual time musicians are called. These stories have come from many of my clients and their colleagues at every level, from small regional orchestras to the Big Five. Candidates arrive with plenty of time to warm up, but are told the audition is running 30 minutes early and they will be next. Others are told the audition is running ahead, but then the committee takes a long break while the candidate waits backstage unsure of when they will play. Some scenarios include auditions running hours behind. This is a curveball that challenges the auditionee to manage when to eat, how to keep their mental energy high, and how to be adequately warmed up but not overly warmed up.

I think musicians can learn a lot from the world of baseball. Both auditioning musicians and major league baseball players need to anticipate routine circumstances and the unexpected – and prepare properly for both. When I worked with the Texas Rangers as a sports psychologist, I found that the main problem was that many batters could only hit straight fastballs. The pitches they would miss included curveballs, cutters, sliders, sinkers, screwballs, knuckleballs and changeups.

The equivalent of a straight fastball for musicians is a professional audition that is running right on time and adhering to all the correct procedures, protocols and common courtesies. In this ideal scenario, all the musicians have sufficient time to warm up properly and do not have to wait very long after their assigned time before they are politely called. This is the scenario that musicians spend the majority of time preparing for, but it is not adequate training for less-than-ideal circumstances.

There are other scenarios that involve schedules that are not running on time. These scenarios involve the audition running way behind or way ahead of schedule, or ahead of time and then behind, or behind when the auditionee arrives but then suddenly everyone has to play ahead of schedule. Like batters preparing to hit all kinds of pitches, musicians need to practice being ready for ideal conditions as well as surprising changeups. 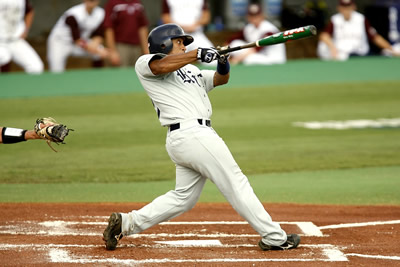 Batters have to train for all kinds of unexpected pitches, not just the straight fastball. Musicians can train the same way for unexpected scenarios in auditions. Public domain image via piaxabay

Baseball players routinely scope out the opposing pitchers. They watch them warming up in the bullpen and when they are pitching to other hitters. They get a feel for the pitcher’s timing, habits  and routine. Once they are at the plate, they trust in their own talent, training, and skills, so they can react to any pitch without overthinking.

Musicians should also get as much advance information as possible about the organization that they plan on auditioning for. They need to research the orchestra’s audition rules and policies ahead of time. They should investigate the way the organization has held auditions in the recent past, how closely they adhere to the schedule, and whether they are known for throwing curveballs.

If the audition is running properly, plan on starting your warmup long before your assigned time. Allow sufficient time to hydrate and to eat something if you feel that it will be digested before you start to perform. I would also suggest that you keep your self-talk positive or quiet, do some mindful breathing, imagine yourself performing well, and get centered before you go on stage. After that, trust your talent, training, and skills, so you can play without overthinking.

Scenario 2: An audition is behind schedule

When the audition is running way behind schedule, you have time to go through your full warmup routine and mental preparation. If the audition is first ahead of schedule and then running behind, the main thing is to give yourself a few minutes to take it easy before you start to warm up. When you feel ready, go through your full warmup routine and mental preparation. Next, take a break and chill out for a while. Only eat if you’re sure you have time to digest. When you feel your energy dropping, get up and move. If possible, go outside and get some fresh air. Breathe deeply. Once back inside, ask the proctor to warn you when there is sufficient time for you to do a second, shorter warmup before you perform. In the meantime, try to stay loose and only expend minimal amounts of physical or mental energy. Save it for your performance.

Scenario 3: An audition is ahead of schedule

The final scenarios are when the audition is running way ahead of schedule, or the audition is behind schedule and then suddenly ahead. You are called without warning or any time to warm up. To properly prepare for these all-too-likely scenarios, you need to practice the following training for at least one week:

Before you go to bed, put your instrument in a safe but readily accessible place. Choose about three minutes of music that you will play as soon as you wake up. Set up a video recorder, or at least an audio recorder, ready to be turned on.

Whatever time you get up, give yourself about 3 to 5 minutes to warm up. Within 30 seconds of finishing, turn on the recorder, pick up your instrument, take a deep breath, and start to play to the best of your ability. Once you start, do not stop until you have played for at least three minutes. Then turn the recorder off.

Do not watch or listen to the recordings until you have completed the exercise for seven days. Then you can watch your progress from the beginning. After you do, you’ll be ready for whatever curveball or changeup the audition panel, personnel manager, or proctor may throw at you.

Three things to help you with a curveball

The big three factors that can help you with a curveball at an audition are food, mental strategies and your warmup routine. Create three unique plans for how you will deal with each of the factors depending on your timing scenario. I strongly recommend that for a minimum of seven days you practice recording audition material first thing in the morning after a very short warmup (as described in scenario# 3 above).

As you train for your next audition, keep in mind that the timing might be very different than what you were initially told. The more planning you do for an early or late audition time, the more prepared you will be when you encounter those situations. No matter what happens, keep your eye on the ball and react immediately to whatever may be thrown at you. I am rooting for you to have a successful month!

If you wish for me to address any specific topics in my monthly column, please e-mail me at don.greene@winningonstage.com.