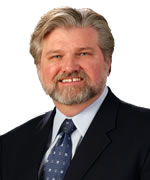 It is extremely unfortunate that for a third straight year, the Trump administration has proposed to eliminate the National Endowment for the Arts, the National Endowment for the Humanities, the Institute of Museum and Library Services, and Corporation for Public Broadcasting. As misdirected as this proposal is, we are confident that Congress – as it has done in the past two fiscal years – will again reject this short-sighted budget request in a bipartisan, bicameral manner, and increase funding for these important cultural agencies.

In my testimony earlier this month before the House Interior Appropriations Subcommittee, I noted how vital the NEA is as it invests in every congressional district in the country and now contributes to a $764 billion arts and culture industry in America according to the U.S. Department of Commerce – representing 4.2 percent of the annual GDP. Additionally, the nation’s arts and culture industry supports 4.9 million jobs and yields a $21 billion trade surplus for our country.

Every NEA grant dollar leverages at least $9 in private and other public funds, generating more than $500 million in matching support. This leveraging power far surpasses the required non-federal match of at least 1:1 and illustrates why federal support for the arts is uniquely valuable. The federal investment in the arts helps power the creative economy across the country. While the administration’s justification cites funding by the NEA to be a “small fraction of the support provided by public and private sources for the arts in the United States,” without the NEA’s leveraging power of private funds, these gifts would likely be drastically reduced.

The budget justification indicates that technology has helped arts projects receive funding and references the company Kickstarter as an example. Kickstarter’s founder responded to this claim previously by stating, “We know a greater diversity of funding sources means a greater likelihood that creators will create. And in our view of the future, the world is better off with the NEA in it.” 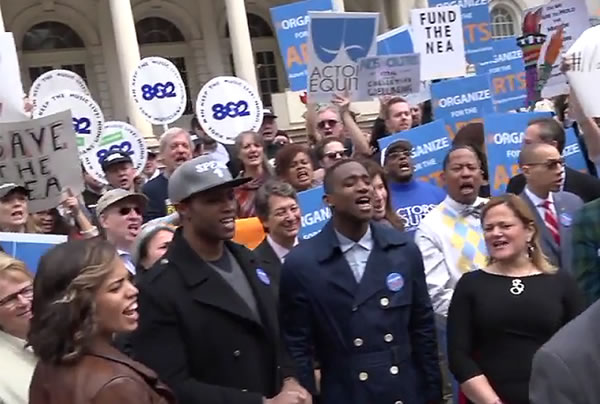 In 2017, Local 802 and the arts community rallied to save the NEA from the budget chopping block. Video screen shot courtesy Playbill.

There are areas of our country that the NEA invests in that the large private sector contributions miss – notably our rural communities. In addition to providing vital support to nonprofit arts organizations, research by U.S. Department of Agriculture shows that the higher the concentration of arts organizations in a rural county, the larger the presence of innovative business firms.

The administration also cites a 2016 study by Giving USA showing a growth in private giving during 2015 – a strong economic year. However, the arts do not fare well in a down economy. In 2008, charitable giving to the arts dropped both in total amount of dollars ($14.9 billion down to $12.3 billion) as well as in “share” of total private contributions going to the arts (4.8 percent of all giving down to 4.1 percent). The NEA helps to provide stability to the arts industry during the inevitable cycles of the U.S. economy.

Proportionally, the NEA’s budget is just 0.004 percent of the federal budget. That amounts to 47 cents per capita. In fact, the NEA budget has been losing its share of federal discretionary spending and failing to keep pace with inflation since 1992 when the appropriation was for $176 million. When adjusted for inflation, the NEA’s 1992 budget would today be more than twice the current budget.

For more than 50 years, the NEA has expanded access to the arts for all Americans, awarding grants in every Congressional district throughout all 50 states and U.S. territories as well as placing creative arts therapists in 12 military and VA hospitals to help returning military service members heal from traumatic brain injuries. It is because of programs like “Creative Forces” that Congressional appropriators have chosen in the previous two years, on a bipartisan basis, to reject the administration’s call for termination of the agency, and instead provided increased funding.

Americans for the Arts stands ready to fight for the arts on a bipartisan basis with the 95,000 nonprofit arts organizations across the United States, the nation’s mayors, the business community, and the hundreds of thousands of arts advocates that are part of the Americans for the Arts Action Fund. Earlier this month, we were proud to take our case to Capitol Hill with more than 500 arts advocates for the 32nd annual Arts Advocacy Day. We will continue to work with numerous partners from across the spectrum to make the case for federal funding and the federal role of the agencies in fostering investment, spurring job-related growth, expanding educational opportunities, and providing for the preservation of our heritage.