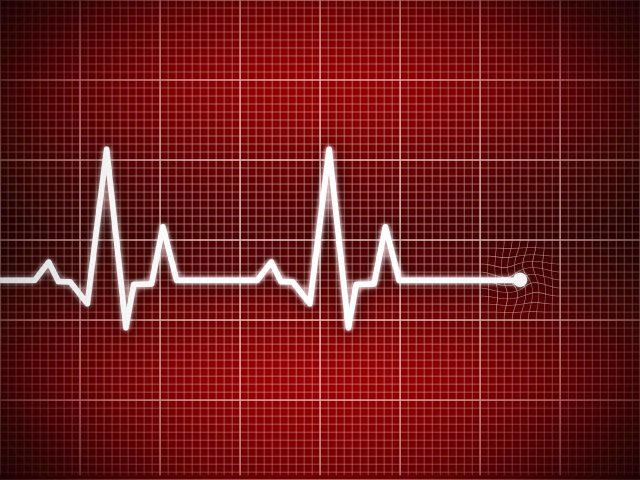 There are five different types of brainwave patterns that affect a musician’s level of performance. They are called delta, alpha-theta, alpha, beta, and gamma. Each frequency can be measured on an electroencephalogram (EEG) in cycles per second (otherwise known as Hertz) from 1 (delta) up through 100 (gamma). Understanding the sleep cycles and brainwave patterns can positively affect the way musicians use their brains.

The first stage of sleep is feeling tired and wanting to go to sleep. The second stage begins with lying down, then the muscles begin to relax, while the heart rate, respiration, and brain activity slow down. Conscious thinking fades away and then stops. In the third and fourth stages, people fall into deeper states of unconsciousness. The fifth stage registers the lowest delta wavelengths (1 to 3 cycles per second), there is minimal brain activity, with little or no body movements. This can last from 70 to 90 minutes.

After stage five, sleepers begin to get restless and start to move to find more comfortable positions. As they do, they transition back through the other stages towards a state of near wakefulness. However, instead of waking up, their breathing, heart rate, and eye movements begin to increase. That’s when they enter into the dream state of rapid eye movement (REM) sleep. The initial REM period lasts about 10 minutes, and marks the end of an entire sleep cycle, which takes about two hours. Then another one begins.

With each repetition of the cycle, the REM increases in depth and duration, with progressively less time spent in the other four stages. That’s when the brain switches into the alpha-theta pattern (4 to 7 cycles per second). The alpha-theta state can happen in two ways. The first is while sleeping and may involve lucid dreams, vivid images, convoluted reasoning, dramatic storylines, or deep emotions. The second way to create the alpha-theta pattern is through visualization, mental rehearsal, or guided imagery, which engages the brain’s visual cortex with chosen pictures or self-directed mental movies. When these techniques are done in a very relaxed physical state, they produce alpha-theta patterns. Studies with athletes and musicians show that when these mental activities are done repeatedly, they result in improved physical performance.

After the dream stage, the mind returns to stage two and the beginning of another two-hour sleep cycle. Ideally you will have four of these sleep cycles on a routine basis, and even five in the days before important performances and auditions. Recent research at a sleep clinic examined the mental alertness and ability to focus in adults who normally got about eight hours of sleep every night. When they increased their sleep to nine and ten hours a night, they were more focused and mentally alert, with faster information processing speed and quicker physical reactions, with more accurate perceptions of changing external conditions.

Upon waking up, before thinking about your long to-do list, some may experience the peaceful state known as “reverie.” While comfortably lying there semi-awake with eyes still closed, the brain is in the alpha state. Alpha waves (8 to 12 cycles per second) appear smooth and flowing on a graph. This pleasant state of mind does not last very long. The mind soon switches into beta patterns and normal waking consciousness.

Beta brainwaves originate in the left hemisphere with frequencies that are measured at 13 to 40 cycles per second. The beta waves look like a series of rapid, jagged spikes. The highly active beta state of overthinking is the normal state of waking consciousness in our busy world, but it doesn’t help if you are a performer trying to focus on music under pressure. Simply put, beta patterns of rapid left-brain thinking cause problems for musicians. These are also accompanied by a loss of rationality and the inability to focus. High beta is the opposite of a quietly focused alpha mindset.

Concentration cannot occur when the left-brain is actively engaged in beta. Beta type of thinking includes analyses, judgments, criticisms, blame, worries, and continuous doubting, rationalizing, commenting, giving instructions, etc. This causes the left-brain to race at even higher speeds. The faster it goes, the less you can focus on the task at hand. Beta thoughts jump rapidly back and forth, between past mistakes or regrets, and future worries, with little attention paid to the present moment.

The smooth, sine-like alpha waves reflect a relaxed, but highly alert and focused state of mind. Alpha is much better than beta for concentrating on executing complex musical or artistic movements, especially in front of a live audience or audition panel. Alpha reflects the right brain state of flow uninterrupted by left-brain thoughts, worries, or fears. It is highly conducive to focusing on the here and now in the ever-continuing present moment.

There are ways to move from left-brain beta noise to the right brain and get into alpha. These include listening to relaxing music, meditation, mindfulness training, zazen, tapping, biofeedback, yoga, autogenic training, T’ai Chi, Aikido, Zen archery, the Silva method, hypnosis, and my own Centering technique, which I wrote about here previously. Just sitting quietly and focusing your mind intensely on one thing for any period of time without left-brain interruptions can put you into an alpha state.

The final measurable human brainwave pattern is known as gamma. Gamma brainwaves are the fastest in the spectrum, measuring 40 to 100 cycles per second. The gamma frequency is found in deep meditation, flow states, peak performance, and the Zone. Individuals with high gamma activity have been shown to have strong cognitive acuity, tend to be much happier than most people, and demonstrate superior functioning in highly challenging physical tasks.

Gamma waves originate in the thalamus, located in the midbrain. The high frequency waves move very quickly. First to the amygdala, in the base of the brain, suppressing the fight vs. flight response, and then to both hemispheres of the cerebral cortex. Then the waves move rapidly back again to the base of the brain. This all happens at least 30 times per second. This very fast “full sweep” action throughout the brain creates a state of “neural synchrony,” necessary for peak functioning. Gamma is the only brainwave that will reliably get you “in the zone” and keep you there for any amount of time.

Gamma patterns regulate emotional balance and moods. Gamma is associated with feeling calm, happy, joyful, and grateful. This is often accompanied by experiencing deep compassion, unity with all things, and universal love. This blissful state is well known by Buddhist monks, Zen masters, Trappist friars, cloistered nuns and experienced musicians when they are engaged in the highest levels of free and expressive performance.

How do you generate more gamma waves? First of all, your body and mind need to be totally relaxed, especially the left side of your brain. It needs to be very quiet. Focus your mind on only positive emotions, like gratitude, compassion, joy, and love, and let go of everything else. Appreciate your talents, love the ability to do what you do, be totally immersed in the present moment, highly focused in one-pointed concentration.

If you’re interested in a more technological way to get into gamma, you can try brainwave entrainment. This method uses aural tones or binaural beats, played through headphones, to induce higher mental states. By listening to the tones or beats played at different frequencies, both on the left and right sides, the entire brain becomes engaged in setting up gamma waves.

One of the simplest and best things you can do before important performances and auditions is to get more restful sleep. That means four or five complete sleep cycles the last few nights before your big event. It will help to minimize your beta thinking beforehand, get you in a good frame of mind, and prepare you to perform your best in alpha, or even gamma, for the entire event.