The Oratorio Society of New York has presented Handel’s Messiah every year since 1874! Most of those performances have been at Carnegie Hall, ever since the hall opened in 1891. The work stands at the artistic core of the organization’s history and continued development, and each year brings new and exciting dimensions to the experience of performing it.

When Carnegie Hall closed for this pandemic season, we searched high and low for alternate venues. At first we were hopeful for the Cathedral of St. John the Divine, but the health crisis thwarted that possibility. We sought locations in parks and other churches in Manhattan. In the end, we determined that the safest, wisest way to continue this tradition of unbroken performances was to come up to the barn that Arthur Fiacco and I have at our home in Ulster County. That barn had been converted in the 1930s into a Prohibition Era social club — complete with bar and dance floor — but had not been used in years for any performances or events!

How then to mount such a project? We were baffled but determined, and so reached out immediately to our friends at Local 802 (of which Arthur and I are both proud members). This performance, which was recorded and videographed on Sunday, October 18, 2020, took a village to pull off. Our colleagues from the local — Karen Fisher, Marisa Friedman, Ronnie Gentilella — jumped in to help us establish not only health protocols but also a union contract and payment structure for a media project the likes of which we had never pursued. Their guiding hands, along with those of Mary Beth Blakey of the AFM, saw us through.

That village was also needed to prepare the barn, hire the orchestra, secure the soloists, cater food safely, park 40 cars on the property, even rent the tent heater and port-a-potties! Members of the Oratorio Society jumped in whole-heartedly, and we scrubbed the floors, blew out the cobwebs, established new flooring for the technical staff area and ran electricity. Grateful applause to so many, but especially to Kenny of Kenny Wilson’s Showtime, George Wellington (audio chief engineer) and David McLean (chief video engineer). Bryan Zaros kindly assisted with still photography, capturing “behind the scenes” for posterity. The army of volunteers who managed parking, the fire pit, lunch and hot drinks to keep our performers warm, the frequent opening of barn doors and running of fans for maximum dispersion of aerosols — the list is too deep to detail here.

Knowing that we were required to have a day-of population below the state limit of 50 persons, we scaled our performance accordingly. In the end we had an orchestra of 12 players, four soloists, 24 choral singers, two audio engineers, three videographers, and a few volunteers on hand to manage essentials. All were tested, masked and social distanced!

On October 18, I rose at 5 am to initiate the tent heater for the barn; temperatures were near 30 degrees, and the unheated barn needed to be near 66 degrees by 9 am for harpsichord and organ tuning. Our mighty chamber orchestra arrived for a 10 am rehearsal downbeat with the soloists. The air was giddy with laughter, a few tears, and the joy of being together for the first time in such a long, long time.We had last been together on March 2, 2020 for a remarkable performance of Brahms’s “Ein Deutsches Requiem” at Carnegie Hall. Orchestra, chorus and soloists were “one” on that night– a memory we have treasured during this pandemic.

When we started rehearsing the Overture to Messiah, there wasn’t a dry eye. Susanna Phillips, Heather Petrie, Joshua Blue and Sidney Outlaw sang beautifully. The chorus arrived at 11:30, and the remainder of the rehearsal went splendidly. It is still beyond me the extent to which they sang in synchronous time from outside the barn doors! And how beautifully captured their sound was by George Wellington.

We recorded after a lunch break, running as we had in the morning in 20-25-minute segments, then breaking for five minutes to open doors, once again, and run the fans. We also took a “normal” break, of course. Within a two-and-a-half hour session we had our material: essentially, the Christmas Portion (Part 1) of Messiah plus “The Trumpet Shall Sound,” and “Hallelujah,” for which we later added, by way of virtual element, another 90-plus singers. This performance would be edited for presentation as a gift to the musical community.

The scope of this project captured the imagination of the press, and there was much notice before the premiere from the OSNY Web site on December 21, 2020, at 8 pm. (December 21st was our original date to have performed at Carnegie Hall.) The video remains on our YouTube channel, and has had upwards of 20,000 views to date! More importantly, the amazing response from public near and far affirms that our village — our Local 802, choir, orchestra, soloists, tech staff and volunteers — hit our mark! We have received hundreds of expressions of gratitude and thanks for bringing light into the holidays at the end of a most challenging year. Seeing those notes of congratulations and thanks more than makes the whole experience worth every bit of floor scrubbing!

None of this could have been accomplished without the inspired leadership of the Oratorio Society of New York, who have my deepest thanks:

Kent Tritle, a member of Local 802 since 1987, is the music director of the Oratorio Society of New York. Here are some more photos from the 2020 production of Handel’s Messiah: 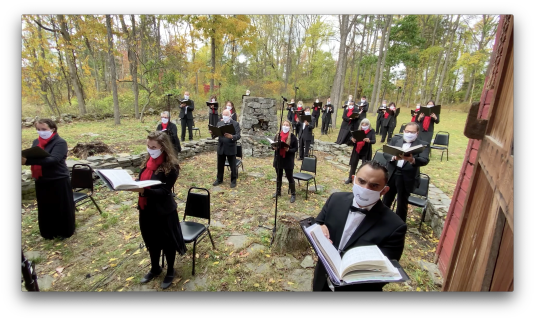 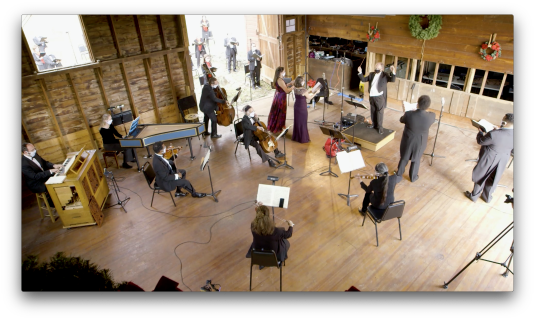 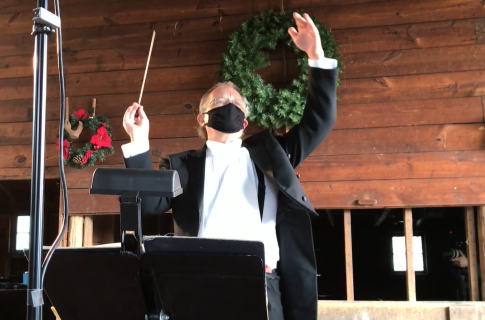 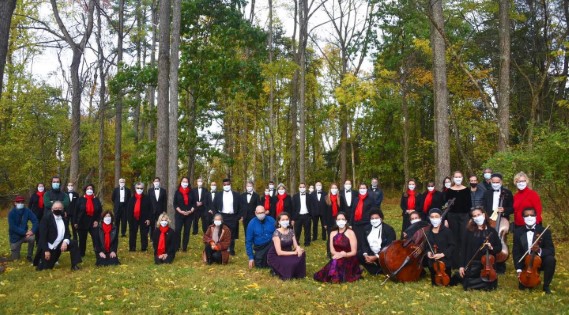 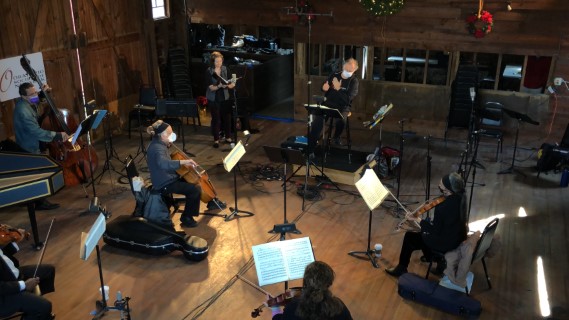 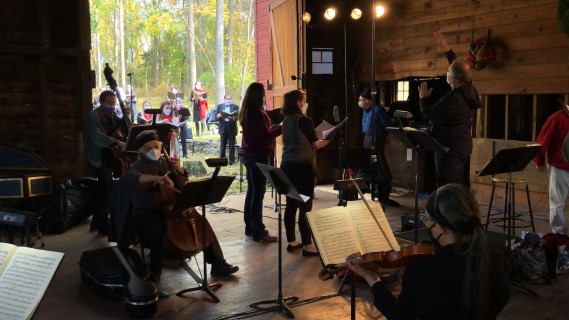 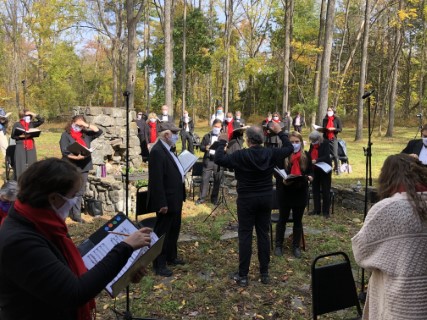 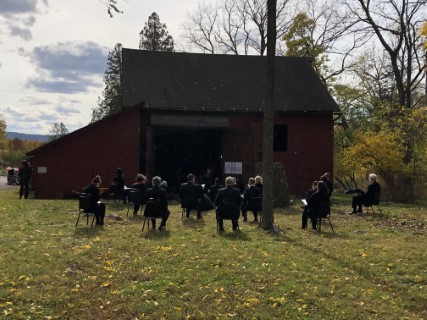 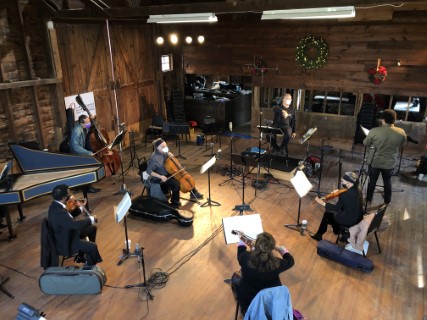 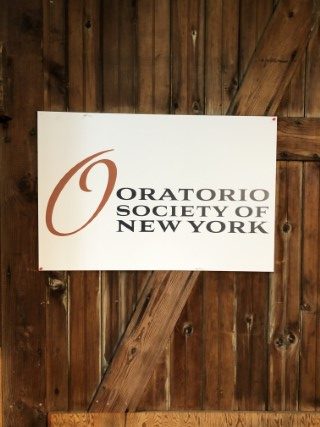