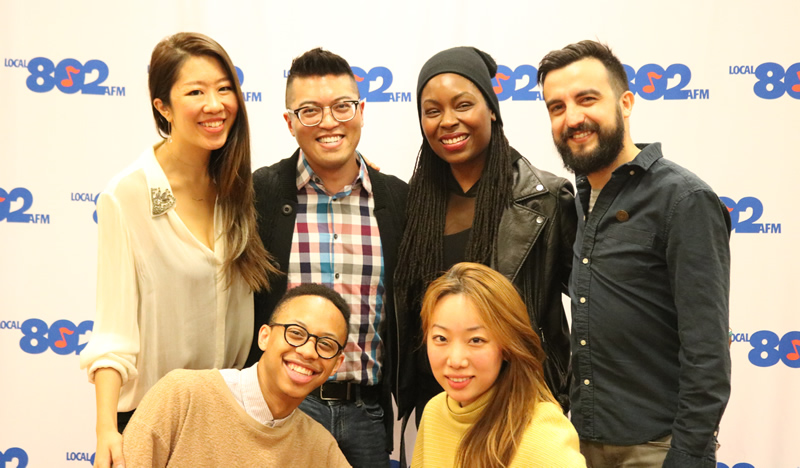 Diversity matters. And representation matters, too. Last month, the newly-formed Diversity Committee hosted its inaugural program: a networking event intended to cultivate a safe space for attendees to listen, learn and share – listening being the most prevalent and recurring theme all evening. Despite cold and snowy weather outside, almost 60 participants showed up, reflecting a palpable sense of interest and a collective desire to incite change.

Local 802 Diversity Committee Chair Steven Cuevas set the tone with a moving welcome speech that resounded like a call to action. In a moment of reflection, he shared, “Every day, I’m inspired by the people I work with. They make me want to be a better musician and a better person. Representation matters. Black, Latinx, Asian, Female, LGBTQIA, non-binary people, gender non-conforming people, and people with different abilities all need to be seen and heard. And people often occupy several identities.”

As a self-identified gay, first generation Filipino-American from Queens,  Cuevas offered himself as an impetus for change. He spoke to the urgency and overdue necessity of a diversity initiative at Local 802.

Cuevas shared a few of those concerns  in his opening remarks, which include a lack of bandleaders and music directors who are women or people of color, a lack of diverse representation in the fields of jazz and Latin jazz, and the fact that even when shows try to hire more diverse actors, that hiring practice doesn’t always seem to trickle down to the orchestra or pit musicians.

It was from that preliminary conversation that the committee’s core values and tenets were established:

Cuevas reminded us that “it is up to us as a union to be proactive in making change, so that we can see the diversity of New York equally reflected in our music. It is up to us to make sure diverse voices are seen and heard, which sometimes means taking a chance on someone.”

Cuevas added, “Whether subbing, touring, or being invited to a jam session, each and every person in this room is here because someone took a chance on you.”

As Cuevas spoke, his fellow musicians were clearly with him, including Local 802 president Adam Krauthamer, who affirmed, “We need to change, and that requires us to listen more.” 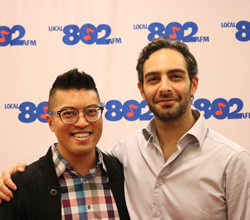 President Krauthamer offered his overwhelming support for the Diversity Committee’s mission and framed his commentary from a position of solidarity and from the role of being an ally. He challenged the room to acknowledge what the world is like around them as the union works to both reflect and embrace that reality at Local 802. He excitedly announced that the first step towards that acknowledgment would include a new diversity study – one aimed at gaining a better context to address areas in dire need of improvement.

In fact, a quick survey was taken that night, just to get a sense of the diversity in the room. About 40 people took the survey, and we tabulated the results on the spot. We were pleased to learn the following highlights, which served as a quick snapshot:

The diversity in our union is clear. However, the musical landscape in NYC does not always reflect that same truth. Not yet, at least. President Krauthamer forecast a bright and optimistic future for all musicians at Local 802, one where he expects that the group of members committed to diversity and change in the union will continue to grow.

Marlena Fitzpatrick García encouraged everyone not to focus only on the lack of diversity but also on possible solutions. She introduced committee members Janet Axelrod, Tomoko Akaboshi, Sita Chay, Felipe Fournier, Aaron Stokes and myself.  (Co-chair Alvester Garnett was not present due to a prior engagement but he had played an integral role in the planning of the event.) García also introduced Recording Vice President Andy Schwartz, Financial Vice President Karen Fisher, Chief of Staff Joy Winkler  and Organizer Lily Paulina.

The event was successful, which was most clearly reflected in both attendance and participation. In October, fewer than 10 musicians showed up to the first meeting. That number rose by six times, and all of us were deeply inspired. I have been a member of Local 802 for almost 10 years and when I learned about this new initiative, I immediately jumped at the opportunity to take part in a change that I know will have a large ripple effect on my peers, colleagues and the communities that have personally offered me sanctuary. This is especially important to me as a classically-trained violinist who doesn’t exactly fit the status quo, in spite of the multi-generational lineage of unsung heroes and heroines who defied all odds and courageously walked their path so that I and so many others can now walk ours and continue in the tradition of that legacy. As a Black woman, I am no stranger to missed opportunity, subconscious bias and systemic marginalization. As the product of two parents born and raised of the Southern Black American experience in the midst of the Civil Rights Movement, activism has always been ingrained in my very being.

In this same spirit, I took it upon myself to initiate conversations and ask participants about their impetus to attend the event. The responses were as wide and varied as the demographics of the room. I learned that there is a real interest in meeting and hiring more people who aren’t only white males; a belief in the value of social justice and a desire to support the Diversity Committee’s vision and mission; a curiosity about the event itself (as it was so different from any other recent event at the union); a readiness to see a radical shift in the status quo; and a desire to help create safer spaces.

I proudly serve on the Diversity Committee, which allows me the space to listen more deeply, incite change, create platforms for increased opportunity and visibility and to build a more dynamic and diverse community. I look forward to working with and growing our team of ambassadors and invite anyone who feels passionate about diversity to join us. May our shared love for music continue to offer a bridge that unites and to offer a lens that allows us to see beyond our immediate scope!

Please contact Marlena Fitzpatrick García to learn more or to join an upcoming meeting. You can also contact me, anyone at Local 802, or any of my fellow committee members.