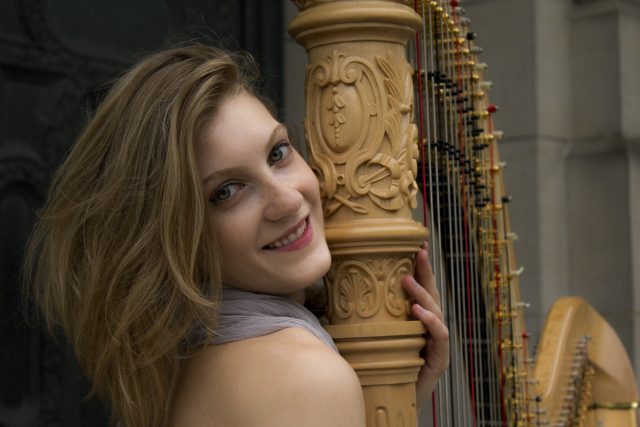 I joined Local 802 so that I could pursue more freelance work in NYC as I write my dissertation for a DMA degree at The Graduate Center, CUNY. The opportunity to read for “Das Rheingold” at the Metropolitan Opera last season further expedited this choice. Having moved back to the U.S. after several years spent abroad in Belgium, I felt removed from the scene back home. I am enjoying expanding the number of people I know in NYC in the hope of producing – or being hired for – engaging musical projects in the future. Participating in this year’s Radio City Music Hall Christmas Spectacular as a harp co-chair has been one of my fonder musical experiences since moving to the city. The strong sense of community in the orchestra pit – particularly when playing through the holidays – has left me eager to seek out similar engagements. My mother is a section violinist with the Pittsburgh Symphony Orchestra, so I grew up surrounded by music and the concert hall. Like any rebellious child, I initially fought against following in the footsteps of my parents, but eventually came to terms with the fact that art was an inseparable part of my existence. Music has always been in my life. I cherish all the nostalgia, fondness, elation – and even sorrow – that music can evoke in my senses. I savor music’s ability to make me feel new things or to vividly recall sensations that may otherwise seem distant or forgotten.
Chelsea Lane
chelsealaneharp@gmail.com