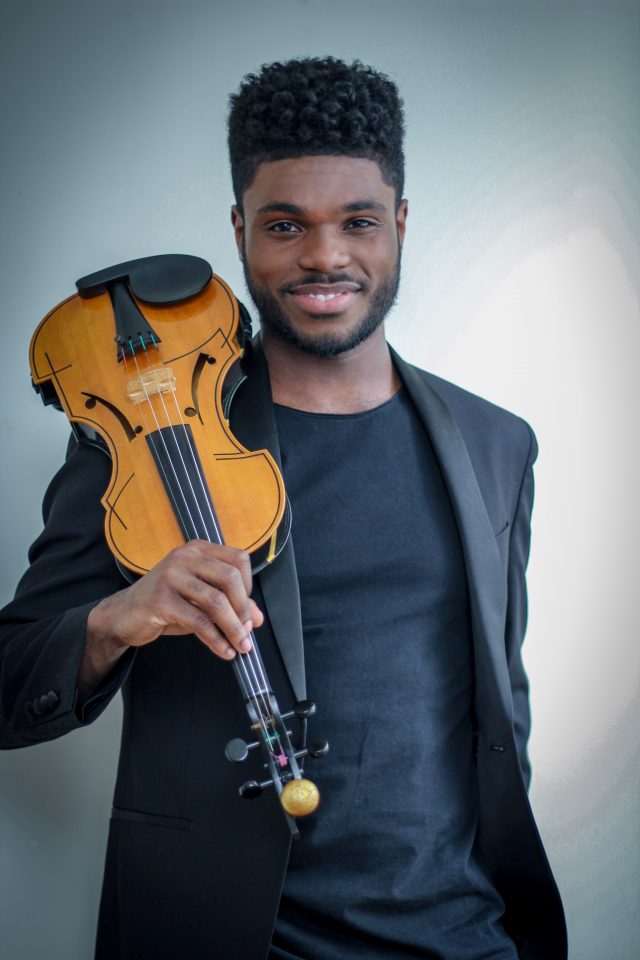 I joined Local 802 after already establishing a career as a musician and composer. I was asked to be a sub for “Rocktopia” on Broadway, which was a fantastic experience, and prompted me to join the union. Coincidentally, it was around that time that I found the perfect violin for me. It was designed by Guy Rabut, who named it “The Black Violin” because of its special design (see www.guyrabut.com/special-projects.html). After composing and performing as a music director and solo violinist for the Off Broadway shows “The Woodsman,” “The Pearl Diver” and “Lake of Sorrows,” I truly have the theatre bug and plan on writing my own plays and continue connecting with professional musicians, playwrights and actors to create emotional and impactful stories. I love composing music for solo violin and chamber music and have such reverence for my colleagues and new musical friends who perform my works. One of my favorite gigs was performing at Carnegie Hall for over 10,000 enthusiastic young future musicians with the Link Up orchestra. I played my Black Violin to them, and they couldn’t believe a violin could look like that. One of my other favorite performances was a part of the opening of the Smithsonian National Museum of African American History and Culture. I was asked to compose and perform an original work for the Congressional Black Caucus at Howard Theatre, so I performed my original composition “Evolution: the Evolution of Black Music.” The piece is inspired by the hymn “Wade in the Water” because of the history of secret codes embedded in the song that gave guidance to slaves as they embarked on their journey to freedom using the Underground Railroad. I am a 28-year-old musical storyteller who earned a bachelor of music degree cum laude in viola performance from SUNY Purchase College and a master of music degree cum laude in violin performance from the Aaron Copland School of Music, with additional studies at the music advancement program at Juilliard and the Manhattan School of Music pre-college program. Music is important to me because it’s one of the greatest escapes from reality while still having the potential to be an exact reflection of reality. The purest way to communicate the human condition is through the beauty of music.
Edward W. Hardy
edwardwhardy@gmail.com