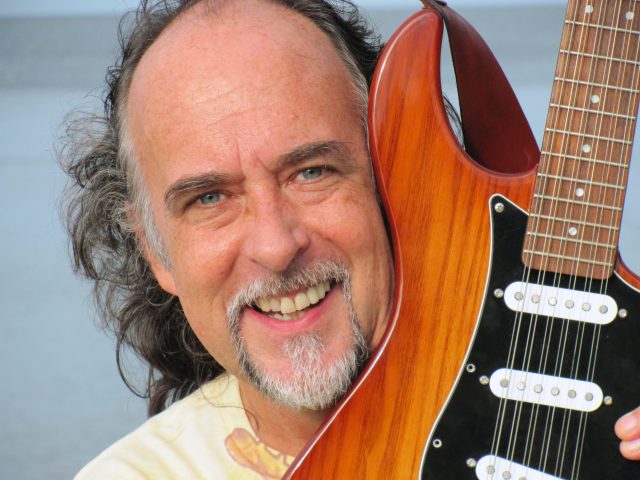 I re-joined Local 802 because the better the pay and the better the working conditions, the more likely it’s a Local 802 gig! Whenever I work in New York City, I want to be sure that rehearsals will be timed and paid, that creation of parts will be covered, that breaks will be given, and that pay will be fair. Without a doubt, my most favorite gig in the past year was at the Bay Street Theatre in Sag Harbor. We re-imagined “Annie, Get Your Gun” with a country-bluegrass score! Erik Della Penna oversaw the orchestrations and arranging, Andy Einhorn handled day-to-day arranging chores, and Shawn Gough conducted and played keys. I was playing guitar and banjo alongside Scott Kuney on guitar and mandolin, and the rest of the musicians were all monsters as well. It was a day-to-day creative explosion and I loved it! Although the Bay Street Theatre is over 100 miles east of New York City, they’re a union theatre and it showed in everything they did. I began as a drummer in my elementary school music program and switched to guitar as the Beatles came to the fore and pop music became guitar-driven. I literally learned as I earned, taking on every gig I could and doing my best to learn the right way to do it. One of my most rewarding gigs is as guitarist and music director for the legendary Coasters. I also play with numerous other classic rock and R&B groups, and I do theatre shows all over Long Island. I have a private instruction studio (Coyote Music) in Setauket, Long Island, as well. Electric guitar is my main axe, but I love all the guitars and electric bass, and I can make appropriate sounds on the banjo and mandolin when necessary. Music is sacred. It touches our minds, our hearts and our bodies in a profound and fundamental way. As a musician, I feel I’m one of the bearers of a Promethean fire. If that flame dies, civilization perishes. That has never been more evident than during the coronavirus pandemic, when the outpouring of music and art in social media was the glue that kept us together while “social distancing.”