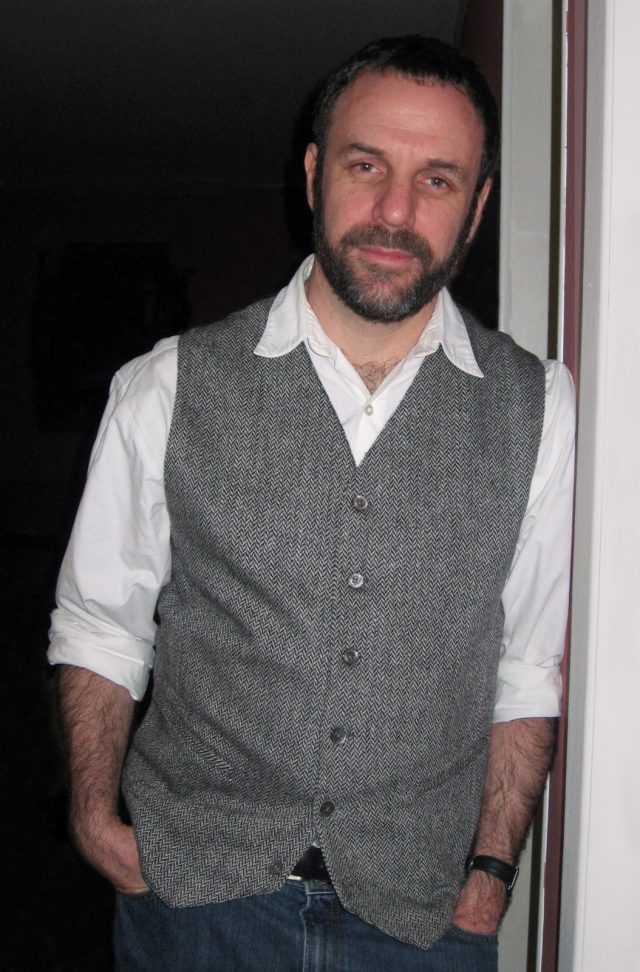 Peter Benjamin Foley, of Nyack, New York, died peacefully at home on August 27, 2021, after surviving ocular (uveal) melanoma, a rare cancer, for more than 10 years. He was 54 and had been a member of Local 802 since 1993. A memorial service will be held on October 16, 2021, at 1 pm at Grace Episcopal Church in Nyack, N.Y., followed by a memorial in Northern California later in the fall.

A composer, lyricist, arranger, orchestrator, and music director for theatre, television, and film, Foley is remembered for his singular artistry and wide-ranging work, musical knowledge and expertise, love of language, dedication to craft, and for his fierce intelligence, warmth, and wit.

Born February 21, 1967, in Berkeley, California, Foley displayed musical talent at an early age. He studied piano with Roy Bogas and in middle school played in the storied Berkeley Public Schools jazz program. In high school, he played piano and percussion with the Bay Area Wind Symphony and at age 16 was the piano soloist for Rhapsody in Blue at Zellerbach Hall on the UC Berkeley campus. At Berkeley High School, he developed a love of theatre, accompanying and performing as an actor in several plays and musicals, from Company to The Threepenny Opera. His fascination with the shows of Stephen Sondheim inspired him to become a composer and lyricist, and Sondheim became one of his early mentors.

In the 1990s, Foley was a resident artist at the Eugene O’Neill Theatre Center’s National Music Theatre Conference, the Millay Colony, and the MacDowell Colony, and participated in the BMI Lehman Engle Musical Theatre Workshop in New York. He wrote The Bear, a short operetta based on the Chekhov one-act play; scores for several plays, including Newton’s Universe (St. Ann’s Warehouse), Much Ado About Nothing and Henry V (Shakespeare Theatre of New Jersey), and Andre Gregory’s adaptation of Alice in Wonderland (Berkeley Theatre Project); and a score for the independent feature film 93 Million Miles from the Sun.

With Chisholm, Foley wrote the musical The Hidden Sky, based on a short story by Ursula K. Le Guin, about a young woman mathematician’s quest for truth in a repressive post-apocalyptic society. A winner of the Richard Rodgers Award, it premiered at Prince Music Theatre in Philadelphia in 2000, where it was nominated for six Barrymore Awards, and had its New York premiere in 2010 at Prospect Theatre Company. Foley’s music and lyrics to The Hidden Sky also earned him a New American Works grant from the National Endowment for the Arts, the Stephen Sondheim Award from the American Music Theatre Festival, and a Jonathan Larson Foundation Award.

In the 2000s, Foley wrote music for “To Sing” for Mark Campbell’s Songs from an Unmade Bed at New York Theatre Workshop (original cast album on Sh-K-Boom Records), and had two shows in development: Bloom, an original musical comedy, and I Capture the Castle, which was commissioned for Signature Theatre’s American Musical Voices: Next Generation project. He met playwright Ellen McLaughlin in the New Dramatists’ Composer-Librettist Studio, and in 2007, at a Sundance Institute Playwrights Retreat at Ucross, they began working on The Names We Gave Him, a musical about an amnesiac soldier in France in the aftermath of WWI. The Public Theatre produced three workshops and it was a Richard Rodgers Award finalist. It will premiere in December 2021 under the auspices of the New Works Initiative at Montclair State University.

An expert in music notation, Foley was the music assistant for the Broadway production of Sting’s The Last Ship, associate music director for the developmental workshop of Elvis Costello’s A Face in the Crowd, and music preparation supervisor for the Tony and Grammy Award-winning musical The Band’s Visit. He was a member of ASCAP and Local 802 AFM.

Growing up in Northern California, Foley was a lover of nature, especially the dramatic Pacific Coast and giant redwoods. He was a devoted (if often disappointed) fan of the San Francisco 49ers and University of California Golden Bears. Brilliant, well-read, and open-hearted, Foley had a joyous sense of humor and was often the gregarious center of gatherings with friends and family, delighting in creating delicious meals, laughing, and conversing about virtually any topic. A deeply spiritual person with a rich inner life, he loved Sufi music and ritual and many forms of poetry, from Rumi and Hafiz to Shakespeare, Yeats, Frost, and the great lyricists of American popular song, musical theatre, and rap. He was an exceptionally loving husband and father, and a loyal and generous friend and colleague. He will be missed by many.