We’re pleased to announce the biggest news at Local 802 since the pandemic closed down our building over two years ago: our Club Room is finally re-open for rehearsals and meetings. Finding affordable rehearsal space is one of the most difficult challenges musicians face in the city. Local 802 is one of the few unions in the AFM that owns its own building, and we’re happy to be able to rent our rehearsal hall at a reasonable cost to our members (only $10 per hour) as a perk of union membership. To us, this feels like Local 802 has finally turned a corner in our quest to get things back to normal. I’m proud that our administration was able to accomplish this first step in re-opening our entire building. For more information on how to reserve a rehearsal slot in our Club Room, read this article in this issue of Allegro by our Communications Subcommittee. On a related note, our June 8 membership meeting will be in person in the Club Room. This will be our first in-person membership meeting since the pandemic and I’m looking forward to seeing our members face-to-face. 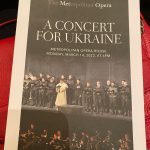 A CONCERT FOR UKRAINE

On March 14, I had the pleasure of attending a concert sponsored by the Metropolitan Opera benefiting the people and country of Ukraine. It was truly a spectacular event and the performance of the orchestra, chorus and soloists was outstanding, rising to a level we have all come to expect from the Met. The event was attended by both foreign and national dignitaries and it was a true tribute to the people of Ukraine and the contribution Ukrainian culture represents on the world stage. Our thoughts and prayers are with the people of Ukraine. This event was representative of the support and respect we all want to convey to all the people in that troubled region. 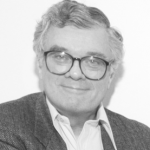 We lost one of the bright lights of Local 802 on March 15, when Jack Gale passed away at the age of 85 after being a member of Local 802 since 1961. Jack was a brilliant trombonist, composer, arranger and music educator, and he was one of my earliest mentors at the union. As previously reported in Allegro, Jack helped the Members Party win the 1982 elections, which heralded a new era for the union. He served on numerous committees, was president of the New York RMA, and was elected to the Local 802 Executive Board for 18 years. Against the odds, he convinced the union to buy its present building, a decision that many felt saved the union financially and also helped us create a strong community and identity. He was a true visionary, and all of us at Local 802 owe Jack a debt of gratitude. We’re collecting tributes to Jack and will publish them in our May issue. E-mail your tributes to Allegro@Local802afm.org.

We’re still in the earliest stages of negotiating with the Broadway League for the successor agreement for Broadway. We have received opening proposals from the Broadway League. The committee and I, along with Local 802 General Counsel Susan Davis, are formulating counter proposals and will be reporting back to you with any new developments. Apart from the contract negotiations, the League has proposed updates to the bargained Covid safety protocols, which we are reviewing. The League has maintained that their masking policy for audiences will remain in effect at least through April 30.

As the union slowly gets back on its feet financially, we’re pleased to announce that we’ve begun re-hiring staff who had been let go during the pandemic. So far in 2022, we’ve been able to re-hire Maureen Cupid, Major Little and Steve Singer. (In 2021, we re-hired Alex Blake, Rachel Chu, Denise Rodriques, Debbie Shew and Pete Voccola). Hopefully there will be more on the way soon. You can see our current staff list here at the bottom of the page.

The New York State budget is being wrapped up as we speak. Local 802 worked hard with our political allies and the New York State AFL-CIO to fight for our priorities. We’ll report next month how things ended up, but here’s a partial list of what we were fighting for:

The musicians of the DCINY Orchestra have been fighting for a fair contract for two years. They recently organized a successful leafleting action in front of Carnegie Hall and set up an online petition (please sign it). Learn more in Harvey Mars’ column in this issue.

I recently helped the AFM wrap up the PBS negotiations, as well as other negotiations Local 802 is involved in include the following: Encores; Midori; Jazz at the Apollo; Winter Jazzfest; and plenty of freelance classical ensembles. As always, we’ll keep you posted.

I released a statement in response to the news that NYC Mayor Eric Adams has appointed former Brooklyn City Councilmember Laurie Cumbo to serve as the new NYC Commissioner of Cultural Affairs:

The arts in NYC are at a crucial time. As the pandemic continues to recede and as we return to welcoming back our audiences, we must invest in our musicians and all creative artists to make sure that NYC stays the cultural capital of the world. According to the city, the creative industries account for more than 500,000 local jobs and have an economic impact of $150 billion annually. Unfortunately, the very creative artists who do the hard work of making the magic happen are often lacking basic wage protections, job security and benefits. We look forward to working with Laurie Cumbo and the NYC Department of Cultural Affairs to make sure that any organizations that receive taxpayer-funded grants also provide safe workplaces, prevailing wages and benefits, and neutrality during union representation elections. Music producers and all presenters of cultural programs must not be allowed to use public money to undercut artists with low wages and no benefits. We hope the Department of Cultural Affairs will ensure that musicians and all artists receive the economic security that they deserve.