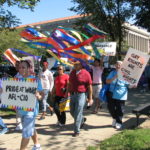 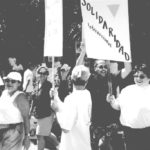 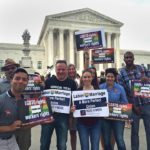 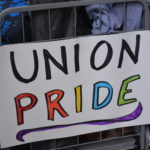 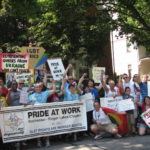 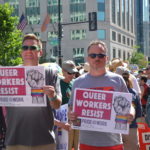 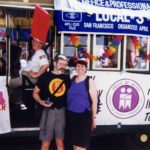 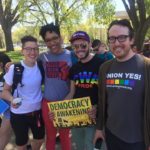 Fifty years ago this month, the modern LGBTQ rights movement was born on a hot and humid night in Greenwich Village in New York City. Tired of police harassment, a group of LGBTQ patrons at the Stonewall Inn decided enough was enough and on that night, they couldn’t stand for yet more police brutality. They rioted.

Many say the first brick was thrown by Marsha P. Johnson, a drag queen well-known in LGBTQ circles at the time. No one knew a dried piece of artificial stone would change the course of history, but that’s exactly what happened.

One year later, on the anniversary of the riots, the queers of New York City held their first Pride March, then known as the Christopher Street Gay Liberation Day. That same day, Los Angeles held the first Christopher Street West event. Both events drew thousands. Smaller events were also held in San Francisco and Chicago that same year.

Every year since, the number of Pride Marches in the U.S. has grown to the point that in many states, the Pride March is the largest single-day event each year. Around the world, LGBTQ people and their allies celebrate Pride Month with marches and festivals. There’s even a World Pride March that will take place in New York this year in celebration of Stonewall’s 50th anniversary.
In the midst of marking our movement’s landmark achievements, Pride at Work will also be celebrating our 25th anniversary as an organization. Tired of the labor movement’s silence as Don’t Ask, Don’t Tell was signed into law, a group of queer labor leaders banded together.

When that small group of dedicated activists came together to found the first – and only – organization dedicated to advancing the interests of LGBTQ working people, only a handful of unions were outspoken in their support of LGBTQ rights.

We’ve come a long way since Marsha threw that brick, but new attacks are rolling back our hard-fought gains. The Trump administration has instituted so-called religious freedom policies that are a de facto license to discriminate against LGBTQ people. These policies continue to be unveiled at various departments and agencies.

Transgender Americans have been banned from serving our country in the military. Transgender children in schools are less safe than ever thanks to changes in guidance from the Department of Education. Most recently, healthcare discrimination protections for LGBTQ people that are part of the Affordable Care Act have been eliminated.

Despite their role in expanding rights for LGBTQ people and others, we may not be safe in the courts either. Lower courts around the country have ruled that discrimination on the basis of sexual orientation and gender identity are forms of sex discrimination that are banned by the Civil Rights Act of 1964. But now, the Supreme Court, with its ultra-conservative majority, is poised to hear three cases that could overturn these protections.

Today, the majority of union members belong to a union that strongly supports LGBTQ equality. The AFL-CIO, the largest federation of unions in the country, staunchly supports LGBTQ equality. It fought hard for marriage equality, and it still fights every day for further advances, like passage of the Equality Act, which would finally extend federal nondiscrimination protections to LGBTQ people nationwide.

While Pride at Work is incredibly proud of the progress we’ve made on that front, our most important work now is pushing back against a president and an administration that are attacking us from every angle.

The LGBTQ community is as diverse as our nation as a whole, and every attack on immigrants, people of color and women is an attack on LGBTQ people as well.
And we will always fight back. An injury to one is an injury to all.

Jerame Davis is the executive director of Pride At Work, an AFL-CIO constituency group representing LGBTQ union members and their allies. Pride at Work organizes mutual support between the labor movement and the LGBTQ community to further social and economic justice. See www.PrideAtWork.org.