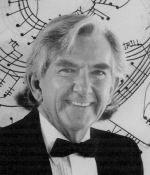 Mr. Wells was a self-taught bandleader, musician, composer, copyist and arranger. While still in high school, he played with the Tony Pastor Band.

His life was a whirlwind tour. He played with the Lester Lanin Travelers Orchestra, Warren Covington, Charlie Spivak, Les and Larry Elgart, Art Mooney and Ralph Flanagan. He toured with the Jimmy Dorsey Orchestra under the direction of Lee Castle. He served in the Army and performed with the 43rd Infantry Band.

When Mr. Wells wasn’t touring, he performed in New York City with the Bob January Rainbow Orchestra and backed up Cab Calloway before finally forming a big band of his own.

About four years ago, he and his wife moved to Delray Beach, Florida, where Mr. Wells formed a series of bands that played mostly swing and big band music in jazz clubs in Palm Beach County, including the Fusion Machine Band.

He is survived by his wife Marie A. Wells, brother William, nephew Donald and other family.