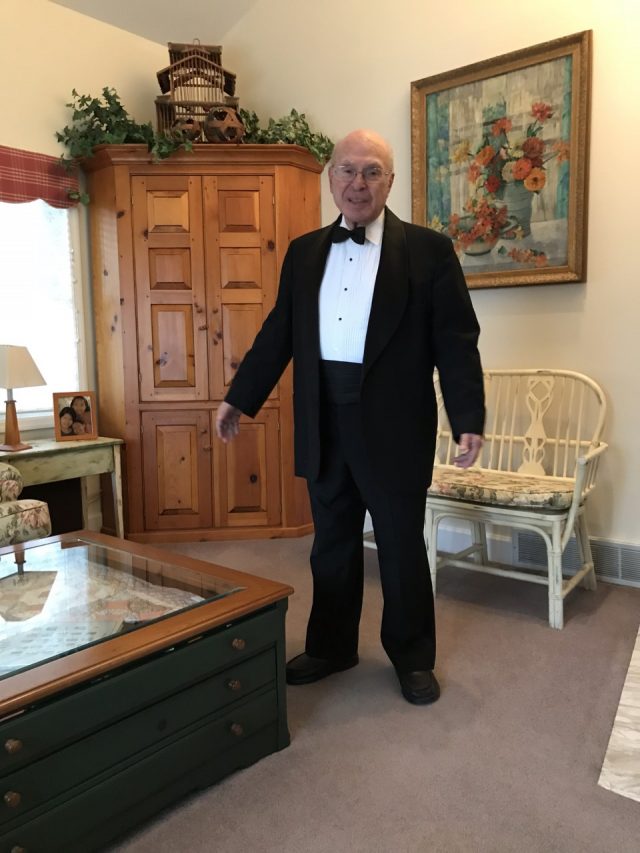 Alan H. Arnold, 87, a violist, composer, arranger and publisher, died on Dec. 14. He had been a member of Local 802 for almost 50 years and was also a member of ASCAP. Born in the Bronx in 1932, Mr. Arnold was a graduate of the High School of Music and Art and later earned degrees from NYU and Columbia. Mr. Arnold was the creator of Viola World Publications, which continues to supply teaching and performance material to violists all over the world. He performed in the Huntington Symphony, Glen Falls Symphony, Music Company Orchestra, and several others. He also taught for 35 years in the Jericho New York Public Schools. Mr. Arnold was a member of Congregation Beth Emeth in Albany and Temple Beth El in Huntington, where he served as the synagogue’s organist for over 30 years. Mr. Arnold will be especially remembered by the hundreds of students he taught. He is survived by his wife Gloria, son Paul (and Paul’s wife Beth), daughter Pamela (and Pamela’s husband Keith), sister Helene, grandchildren Lila, Susannah (and Susannah’s husband Benjamin), Sophie and Jeremy, and great-grandchildren Emmy and Cooper. 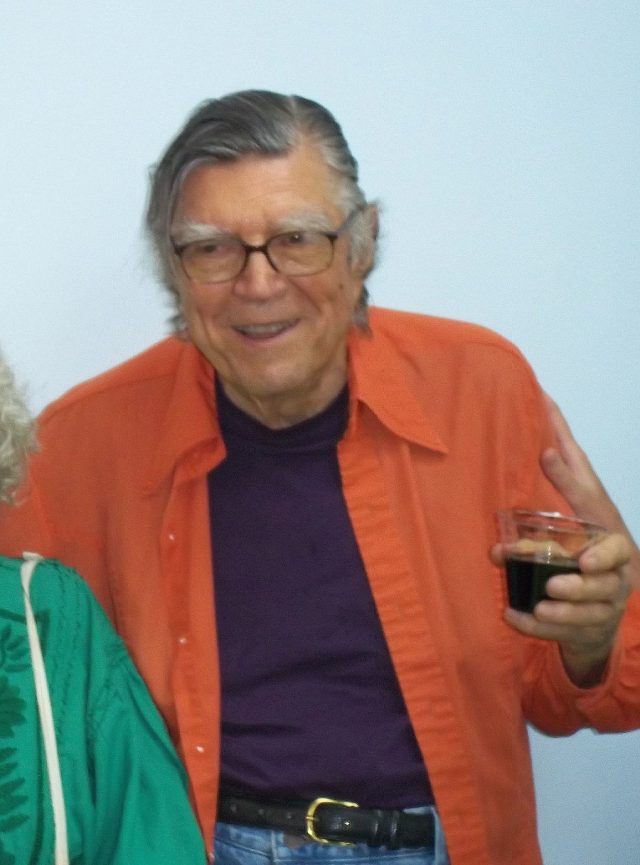 Robert “Bob” Lewis Dietrich, 98, a flutist, piccolo player, pianist and accordionist, and a member of Local 802 since 1947, died on Jan. 4. Mr. Dietrich played his first union job at 16 years old and remained a loyal and active member throughout his life. During World II he was drafted and played in the Air Force band. After the war, he eanred his bachelor’s and master’s degrees at Juilliard. He won chairs in the Dallas Symphony Orchestra and the Buffalo Philharmonic before moving to NYC at the beginning of the 1960s to begin a busy freelance career. New York City became his favorite place, and he spent the rest of his life there. One of his favorite hangouts, when he wasn’t working, was the Art Students League of New York, where he nurtured his love of drawing and became a prolific artist. Mr. Dietrich is survived by wife Jamie; son Jay; daughters Bonnie, Jackie (and her husband Elmer), Bobbi (and her husband Roberto), Sara (and her husband Bob), Michelle (and her husband Eric), and Maddie (and her husband Brian); 19 grandchildren; and 12 great-grandchildren. His friends and family will celebrate his life with a memorial service on Sunday, Feb. 16 at 2 p.m. at 66 West 94th Street in the community room. In lieu of flowers, the family invites donations in Mr. Dietrich’s name to the Art Students League of New York. A direct link has been set up at www.bitly.com/robert-dietrich 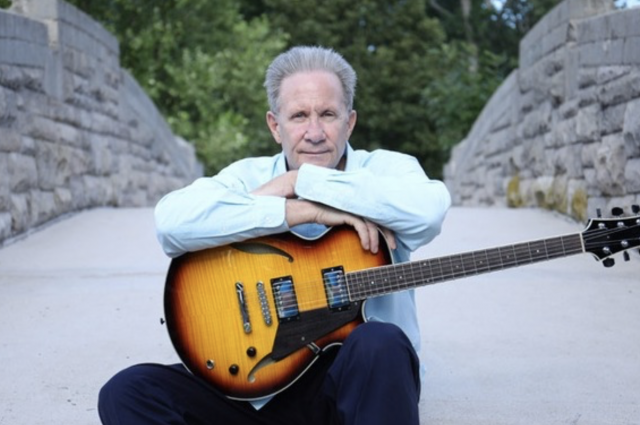 The guitarist Vic Juris, 66, a member of Local 802 since 1998, died on Dec. 31. A native of Jersey City, Mr. Juris was already playing in local rock and R&B bands as a teenager, where his early teachers and mentors included Ed Berg, Eric Kloss and Pat Martino. He fell in love with jazz and caught the attention of top players in NYC. During his career, he went on to play with Dizzy Gillespie, Phil Woods, Jimmy Smith, Lee Konitz, Peggy Stern, John Abercrombie, Russell Malone, James Moody, Sarah Vaughan, Chico Hamilton, Dave Liebman, Richie Cole, Mel Torme, Eddie Jefferson and Nancy Wilson, among many others. In the 1980’s, Mr. Juris teamed up with fellow guitarist Biréli Lagrène for a steady engagement at Fat Tuesday’s; that collaboration led to an album and a European tour. While in Europe, Mr. Juris met and played with Richie Cole, Michel Legrand and John Etheridge. Mr. Juris found a warm welcome in Europe, but kept up his U.S. appearances, including projects with Larry Coryell and Gary Peacock. He joined the David Liebman group in 1991, with whom he recorded and toured extensively. Mr. Juris also served as musical director of the Charles Mingus Guitar Quintet. Mr. Juris taught at the New School, SUNY Purchase, Lehigh University and Rutgers University, published method books and videos, taught privately, and recorded over 24 albums, including two albums that will be released this year. He is survived by his wife, Local 802 member Kate Baker, who taught with Mr. Juris at the New School and performed in a duet with him as his musical partner. Mr. Juris is also survived by his mother Claire and sister Denise. Obituary information from VicJurisJazz.com, Wikipedia and www.wbgo.org. 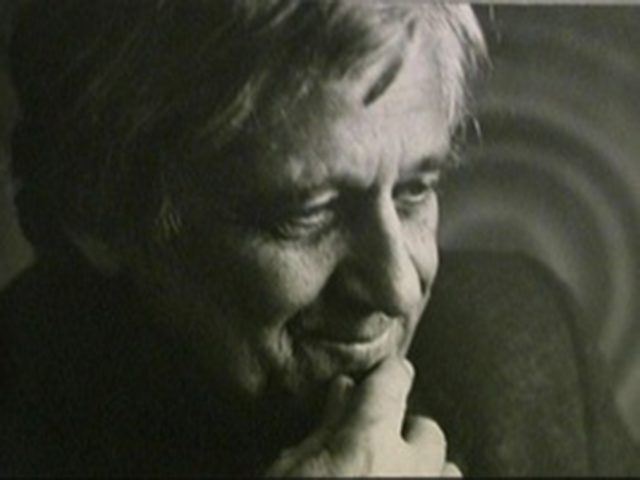 Gershon Kingsley, 97, a composer and keyboardist, died on Dec. 10 after being a member of Local 802 since 1955. Mr. Kingsley was a pioneer of electronic music and one of the first composers to perform on the Moog synthesizer; he is perhaps most famous for his synthpop piece “Popcorn,” which has been covered hundreds of times, including a version by Kraftwerk and another by the Muppets. He founded the First Moog Quartet and was part of the famous electronic music duo Perrey and Kingsley; he also wrote rock-inspired compositions for Jewish religious ceremonies. Mr. Kingsley conducted and arranged many Broadway musicals, and composed for film, TV and commercials. His work garnered recognition with a Tony Award nomination for best conductor and musical director, two Clio Awards for his work in advertising, and a lifetime achievement award from the Bob Moog Foundation. Mr. Kingsley also composed classical chamber works; his opera “Raoul,” based on the life of Raoul Wallenberg, was premiered in Bremen in 2008. He is survived by his daughters Alisse and Melinda and a grandson. Obituary information from www.facebook.com/HerrPopcorn and the New York Times, which published an extensive obituary for Mr. Kingsley.