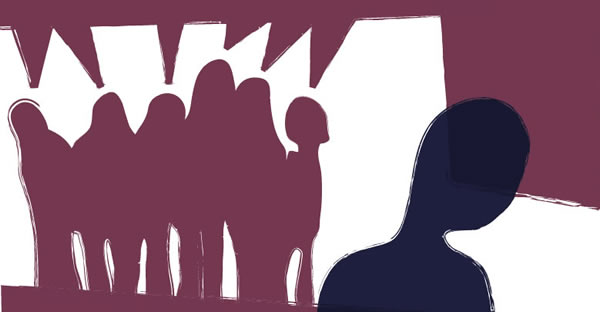 Art by BORISZ via istockphoto.com

No worker should have to put up with bullying and intimidation – and that includes musicians. Recently, Local 802 members have taken the lead in addressing this issue. But as an attorney, I am keenly aware of the fact that the law has its limitations. There are many instances when I am compelled to advise clients that while the circumstances they may find themselves in are unfair, unwarranted and even immoral, there are no laws being violated by their employer and thus no remedy to the injury they may have suffered. For instance, imagine a workplace that breaks no employment laws, but where people are treated disrespectfully or uncivilly. Unfortunately, case law makes it clear that federal anti-discrimination laws don’t cover “civility.” To put it plainly, disrespectful or bullying behavior that might be considered “uncivil” in a workplace is not the same as discrimination.

Title VII of the Civil Rights Act of 1964 prohibits employers from discriminating on the basis of sex, race, color, national origin and religion. The Supreme Court has specifically said that Title VII is not a “general civility code for the American workplace.” (See Oncale v. Sundowner Offshore Services, Inc., 523 U.S. 75, 1998.) Again, under current federal law, disrespectful or bullying behavior is not the same as illegal discrimination.

I was recently pursuing a workplace discrimination claim against an employer. The employer claimed that they weren’t discriminating because they treat all of their employees poorly – regardless of their sex, race, color, national origin or religion! As the law is currently situated, such a defense can be successful.

But there’s some good news. Where the law fails, unions can provide the necessary protections for employees both through collective bargaining and the development of internal union rules and policies. The Local 802 Theater Committee is attempting to do just that by developing a union bylaw amendment prohibiting workplace bullying and intimidation. In October, at the Local 802 fall membership meeting, musicians discussed workplace bullying and how it has affected them.  At the conclusion of the meeting, a draft of a bylaw proposal was presented by the Theatre Committee that will be developed further and placed before the membership at a later date. The bylaw was inspired by a provision in the Actors’ Equity production contract with the Broadway League.

As I assisted the Theatre Committee in drafting the bylaw, I researched the issue and discovered that California, Utah and Tennessee have already enacted legislation to address workplace bullying. (The statutes in Utah and Tennessee regulate public employers only, while California’s law addresses both private and public employers.) These laws define workplace bullying and create a requirement for training and rulemaking, much like the New York City sexual harassment legislation.

Separately, 26 states – including New York – have proposed anti-bullying laws to prohibit mistreatment in the workplace. These bills are all based upon model legislation proposed by the Healthy Workplace Campaign.

Under the Healthy Workplace model legislation, employers would be barred from subjecting employees to “an abusive work environment.” That term is defined as an employment condition where an “employer or one or more employees, acting with intent to cause pain or distress to an employee, subjects an employee to abusive conduct that causes physical harm, psychological harm, or both.” It should be noted that workplace bullying and illegal discrimination often occur in tandem. However, workplace bullying encompasses a much broader range of conduct.

The Washington State Department of Labor & Industries has also developed guidelines to address workplace bullying, which they define as “repeated, unreasonable actions of individuals (or a group) directed towards an employee (or a group of employees), which are intended to intimidate, degrade, humiliate, or undermine, or create a risk to the health or safety of employee(s).” The guidelines provide these eight instructive examples of conduct that could be considered workplace bullying:

It should be noted that the definition of bullying is not meant to bar an employer from leveling warranted criticism or meting out justified discipline.

While a bylaw amendment is a fine point of departure to address workplace bullying, it is not without limitations. A union bylaw provides a code of conduct for union members only; it cannot address actions perpetrated by non-members. Further, the penalties for violation of a bylaw involve fines and possible loss of union membership. Such penalties can serve as a deterrent in some circumstances  – but not all. Finally, as a point of law, the union has an obligation to fully and fairly represent all of its members. Often, the union will have to represent both the accused as well as the accuser. This limits the degree that a union can proactively involve itself in a conflict between members. Despite this, enactment of a bylaw is good place to start until state legislation is enacted.

The creation of this bylaw demonstrates how unions can progressively regulate work environments so that workers feel safe. Historically, many progressive pieces of legislation – like minimum wage and the 40-hour work week – can trace their roots to union activism. In this regard Local 802 is following a great historical example.