It was supposed to be a Guinness world record. The Bronx Arts Ensemble, which is covered by a Local 802 contract, came up with the idea to perform “Take Me Out to the Ball Game” for the largest number of baseball fans at a recent Yankees game. But this wasn’t going to be a simple performance in the middle of center field. No – this world record would be broken logically and efficiently. How?

Here was the plan: every fan who wants to enter Yankee Stadium must pass through a certain location – Babe Ruth Plaza. The musicians planned to perform in the plaza, thereby playing for all 51,000 fans (assuming a sold-out game) as they entered the stadium. The plan was acceptable to the Guinness officials, and a real world record was at stake.

Unfortunately, the game was delayed on account of rain and the attempt was scrapped. So musicians went with their backup plan…they headed over to the nearby Highbridge Head Start school and played baseball favorites (and the disco hit “Y.M.C.A.) to the delight of the children.

Which is better – breaking a world record or making children smile? The photo below, taken by Charles O’Neal, tells the answer.

The concert was sponsored by the 161st Street Business Improvement District, and the music was arranged and conducted by Local 802 member Jack Gale. 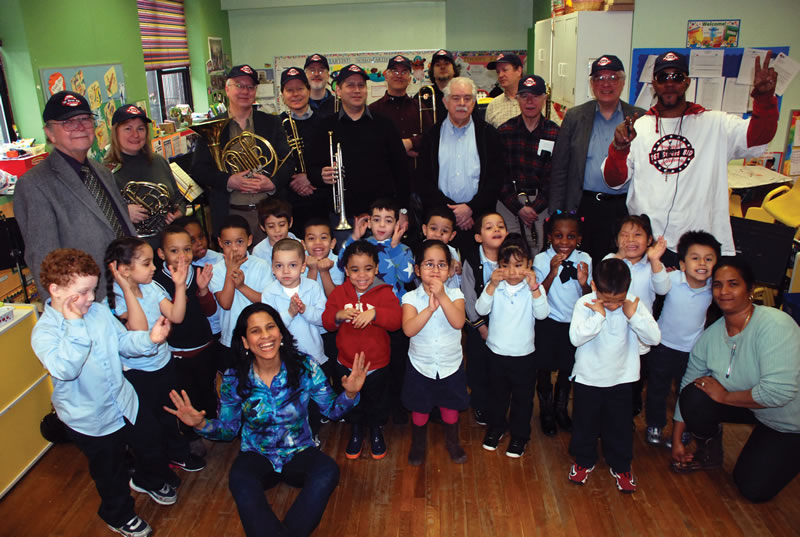