The Musicians’ Voice is an open forum for discussion about the state of union affairs. The letters here do not necessarily express the views of Local 802. E-mail letters to Allegro, Local 802, 322 West 48th Street, New York, NY 10036. Letters must be no more than 300 words. 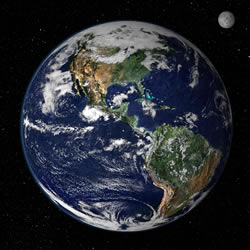 LEAVING THE LAND CLEANER THAN WE FOUND IT

I enjoyed John Arbo’s tribute to Earth Day in the April issue of Allegro. I was struck by the first couple of paragraphs; the resemblance to my own father was amazing. He too would admonish us kids whenever we went camping to leave the site “cleaner than we found it”… his exact words. To this day, when I go camping with my wife, our final ritual – in his honor – is to go around with a trash bag and pick up every little bit of everybody else’s trash so we can proclaim it “cleaner than we found it.” Also, like John’s father, my dad was constantly fighting our town council over development in the little Virginia country town where I grew up. They were very anxious to become a “city,” and all the open land was threatened. At one point they put up a giant sign proclaiming Herndon “the fastest growing city in Fairfax County.” My dad fought all that over-development – and maybe won a battle or two – but ultimately the town leadership got what they wanted. Today, Herndon is a giant city with all the concrete, traffic and crime that goes with that. Gone are the open fields where I played as a kid and caught box turtles…the stream where I caught crayfish…the horse farm next door…the quail that raced around in the grass.

John is quite right that “endless growth is impossible,” and yet we humans seem not to believe it. The unfortunate fact is that to destroy a forest or a meadow, a developer only needs to win the battle once, and it’s gone… but to save it, we have to fight that battle over and over and over, and win every single time, forever. Those aren’t very good odds, I’m afraid.

Thank you for publishing John’s piece.