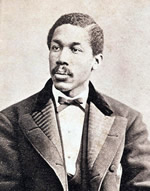 Music can help us remember our deepest history. Drawing from a story that’s both painful and inspiring, Local 802 member Uri Caine has written an oratorio that celebrates the life of civil rights hero Octavius Catto (1839-1871) – and has recorded it under a union contract.

Caine was sparked by reading “Tasting Freedom,” the moving biography of Octavius Catto written in 2010 by Daniel Biddle and Murray Dubin. The book describes the events of Catto’s life but also paints a vivid picture of ignorance, discrimination and violence against the African-American community in Philadelphia as well as the struggles and achievements of Catto and his fellow activists to help end slavery, create educational institutions, and pass the 13th, 14th and 15th amendments.

Catto was born in 1839 to free African-American parents in South Carolina but moved to Philadelphia in 1844 and grew up there. He attended the Quaker-founded Institute for Colored Youth that later became Cheyney University. He excelled as a student and graduated in 1858. Later he returned to the school as a teacher of literature, math, Greek and Latin. In addition to his other talents, Catto was a top baseball player and helped establish one of the first Negro League baseball clubs in Philadelphia. 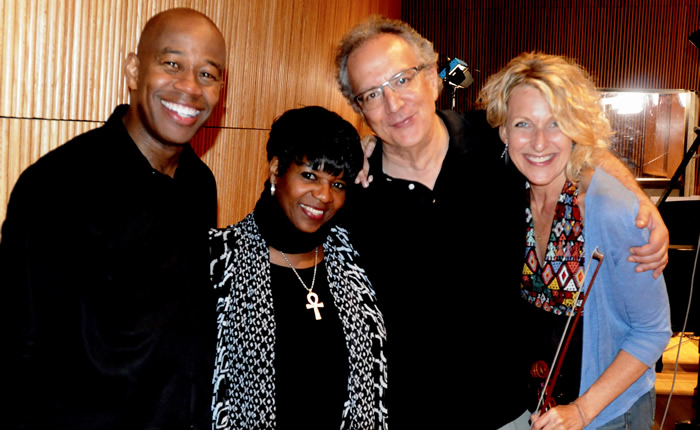 Catto ultimately became involved in politics and the civil rights struggle. In 1863, he led the way to allow African Americans to join the armed forces and fight in the Civil War, and in 1864 was elected the secretary of the Pennsylvania Equal Rights League. In 1871, when Catto was 32, he was murdered in Philadelphia by a man named Frank Kelley, during a riot that occurred on election day. 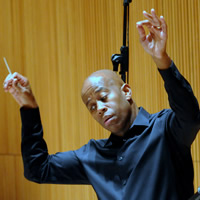 Caine’s piece is a celebration of Catto’s life but also a reminder of a painful chapter in our nation’s history. “The music is in several styles,” says Caine. “Sometimes it’s dissonant and frenetic. Sometimes it’s peaceful. All together, it expresses the totality of the story and the bittersweet aspect of the history of our country, which we should never forget.”

Caine adds, “To remember great activists like Octavius Catto is to remember that the fight for equal rights in the U.S. is never finished and continues to this day.”

The piece is composed for jazz trio, 37-piece chamber orchestra and 32-piece gospel choir. It was recorded under a union contract in late August at the DiMenna Center. Allegro photographer Walter Karling was granted access to the session and took the photos on these pages. The oratorio was previously performed live just once at a free concert with the Philadelphia Orchestra at the Mann Music Center in Philadelphia before an audience of 15,000.

All photos below by Walter Karling. 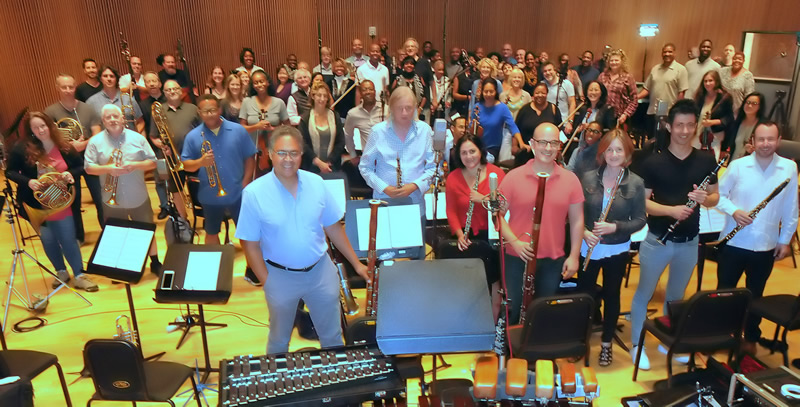 Uri Caine’s “The Passion of Octavius Catto” was recorded under a union contract at the DiMenna Center in late August. The piece calls for jazz trio, a 37-piece chamber orchestra and a 32-piece gospel choir. 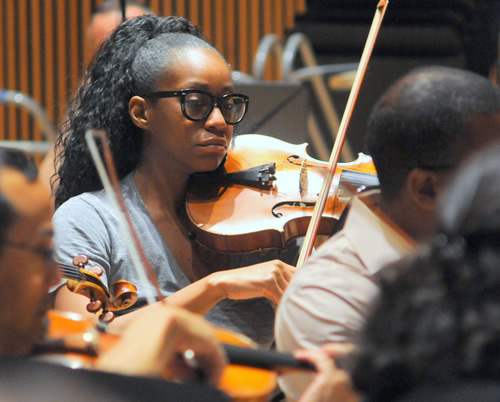 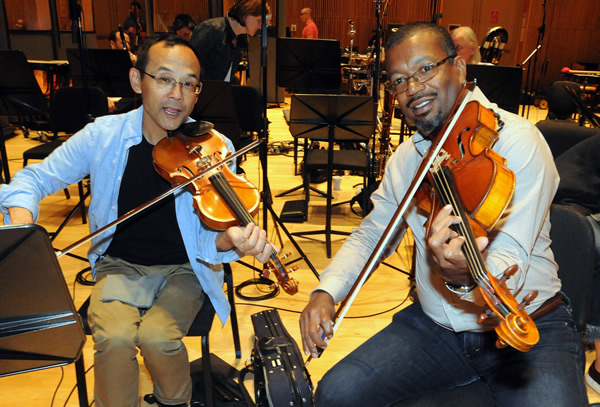 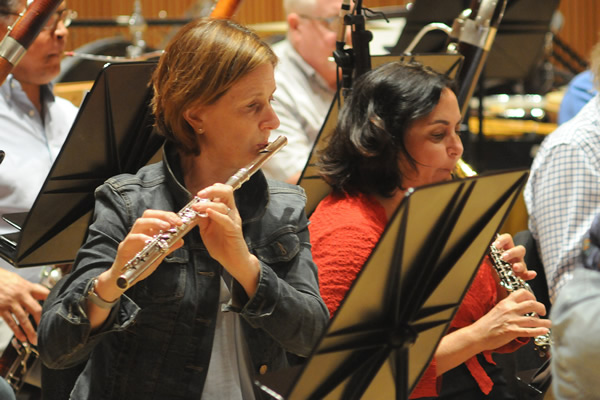 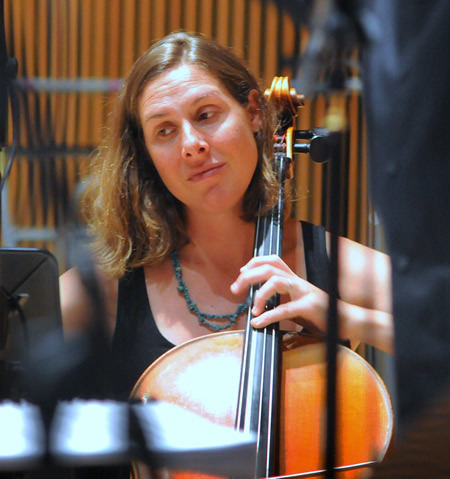 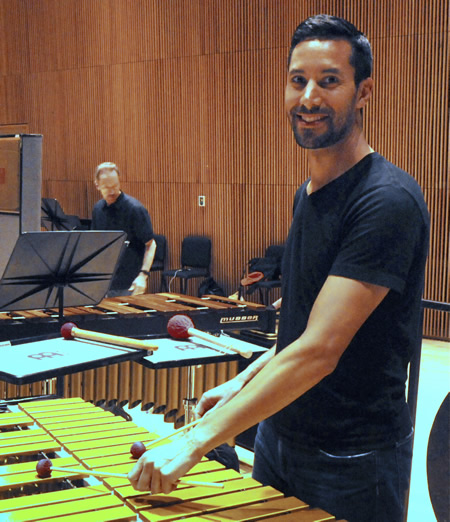 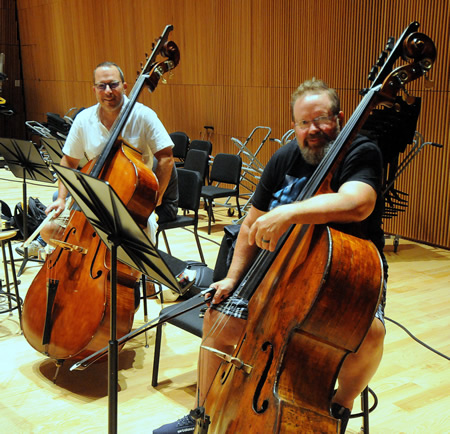 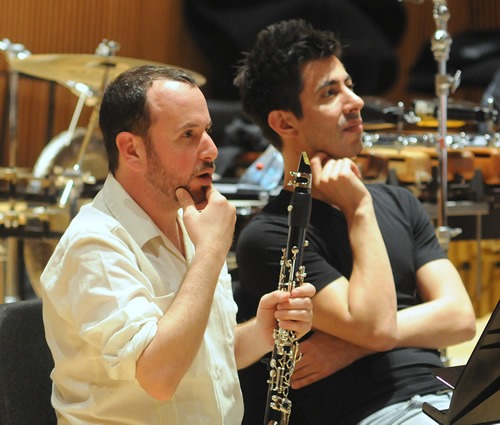 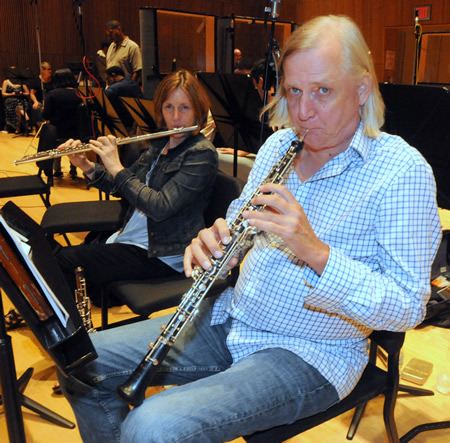 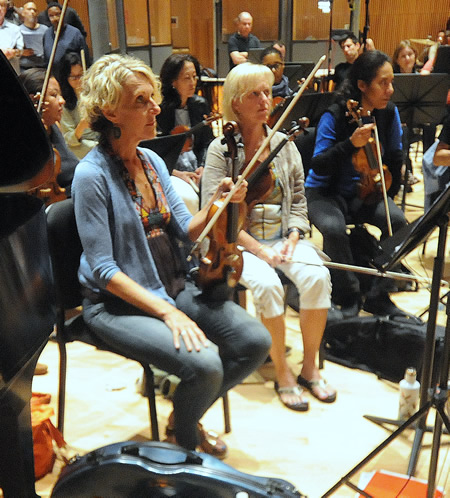