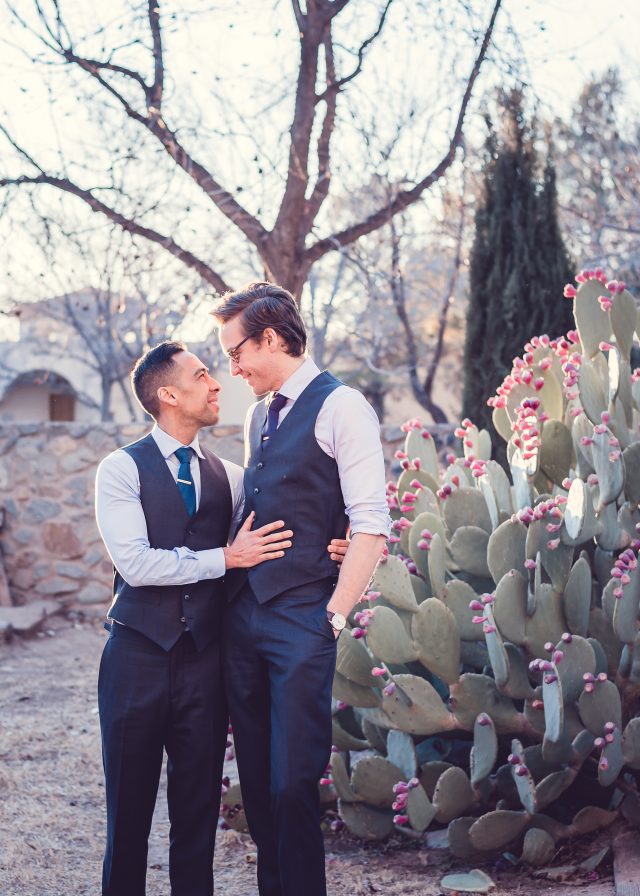 By Justin and Eric Mendoza

As proud members of both the theatre and LGBTQ communities, my husband Justin and I have come to realize how truly symbiotic those two groups are for us. As it did for many, theatre was the first to introduce us to gay characters with their celebrated storylines and songs. More importantly, it gave us a portrait of gay artists and storytellers who helped bring these shows to life. But it did something else. Theatre quietly instilled hints of self-discovery and identity while building a sense of strength and empowerment within us. It demonstrated the actual possibilities of joy, love and family. Our younger selves didn’t have a word for it yet, but theatre brought about our first genuine feelings of Pride.

Justin and I have been together for over two and a half years and last October we officially tied the knot in an intimate ceremony among family members and close friends. And in the months leading up to our marriage, we remained ever cognizent of the incredible burdens and responsibilities that so many pioneering gay men and women, allies, activists and politicians had to bear in order for us to stand there together. But we also revelled in the shows and songs that shaped us as individuals, bonded us as a couple and reminded us of the powerful impact theatre had while growing up gay.

On our first date, sitting on a park bench in Columbus Circle, we found that we shared a deep and rather unabashed love for Jonathan Larson’s groundbreaking musical “Rent.” It was the first time either of us had ever seen a drag queen. It was the first time we’d seen two men dance together, fall in love, kiss and be applauded for it. LGBTQ themes were not only on display, they were celebrated. Similarly, as budding musicians who longed for a life in New York, what better way to be inspired than by seeing a show set in that very city featuring an entire band on stage! We couldn’t help but envision ourselves in that conductor’s chair. “Rent” merged our musical aspirations and our paths to finding our personal identities all at the same time.

Other shows continued to shed positive light on a world we were curious about. From the closeted puppets of “Avenue Q” to the celebrated portrayals of non-traditional families in “Falsettos,” we craved more shows that seemed to speak directly to us. Some of them became the guidebooks to our future selves and we are now grateful to be conducting and working professionally in the theatre. We are extraordinarily proud to be alongside such incredible shows like “Kinky Boots,” “Fun Home” and “The Prom” as they continue to provide role models for this and future generations of artists and musicians who will discover the pride and inspiration to live their truth just as we have.

Like many others during the Broadway shutdown, Justin and I have more time to reassess what is truly important. The theatre community has given us the drive to succeed in this city, the encouragement to work hard and the role models whose steps we follow. It has provided us with the most accepting allies, colleagues and friends. Most importantly, it allowed our separate journeys to merge. We now must draw on all we have learned in order to stay positive and move forward, particularly in light of our industry’s current state. For us, that includes continuing to embark on another journey toward growing our own family through adoption. We delight in knowing there will always be new musicals with stories and colorful characters, words and music that will encourage our child (or children!) to dance, sing and proudly tell their own stories. 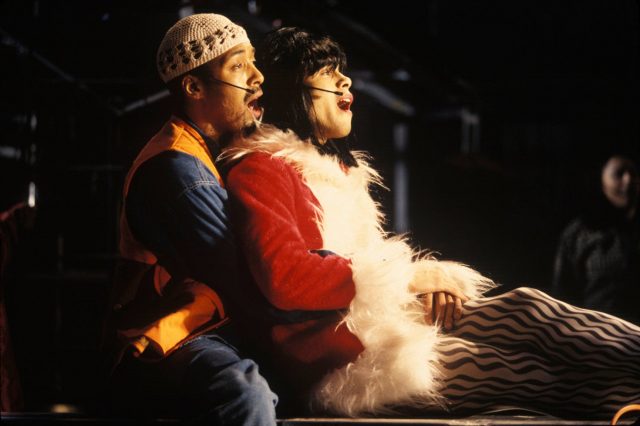