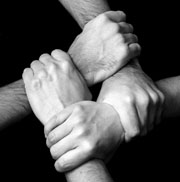 Economists are calling the last ten months the worst economic downturn since the great depression of the 1930’s.

In this setting Local 802 has been more important to professional musicians than ever before.

Without a union contract, you are at the mercy of your employer. Loss of benefits, wage cuts and layoffs are unilateral decisions of the employer – no discussion, no negotiation, no choice!

“Unions are great when times are good because you and your co-workers have the ability to make gains,” President Mary Landolfi told Allegro. “But when times are bad your union is essential – it may be the only thing protecting your job and your livelihood when you need it most.”

During the past several months of this economic crisis, Local 802 has been able to negotiate a host of new agreements that for the most part have protected musicians’ jobs and income. While several have included wage freezes, most have preserved jobs.

In a few cases, concessions were agreed to in exchange for employment guarantees.

It seems that no employer has been immune to the economic difficulties.