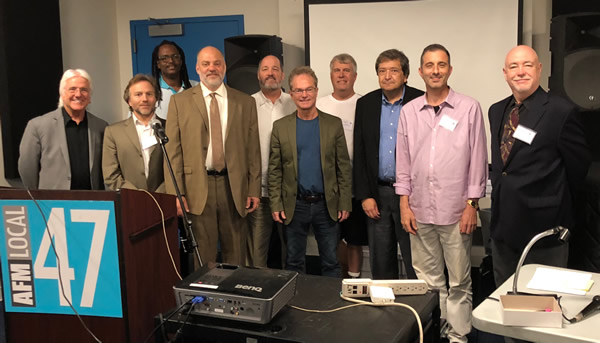 The 23rd annual Theatre Musicians Association conference was held this past August at the new AFM Local 47 offices in Burbank, California. It was a day and a half of interesting and informative addresses, presentations and discussions. Our host, Local 47 president John Acosta, couldn’t have been more welcoming and generous. The theme of the conference was loosely structured around the topic of the current state and future of the musical theatre business. Some of the presentations of the conference included:

All national TMA officers were re-elected by acclamation, and some discussion was begun about the location of next year’s TMA conference.

Our organization has done some truly great work over the past 20-plus years of our existence, but there is so much more that must be done. Negotiations for a Pamphlet B successor agreement are right around the corner, and TMA will be at the table for these talks. Please go to www.afm-tma.org to learn more about our organization.

Tony Damico is the president of the Theatre Musicians Association and plays bass for touring productions in the major theatres of Boston and throughout the New England area.