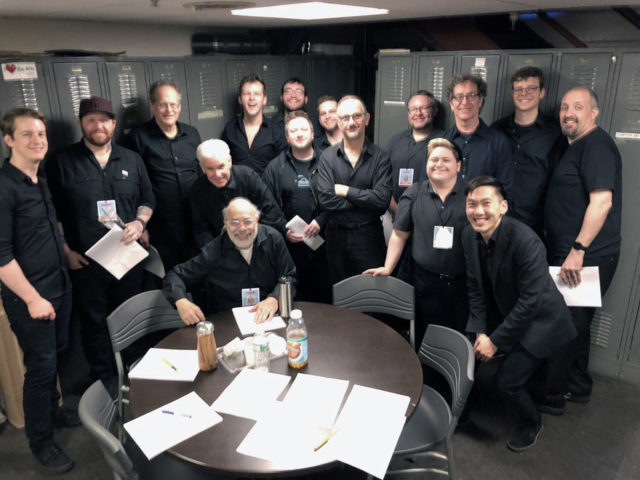 These bi-annual performances are the culmination of six-week-long fundraising drives, held at many Broadway, Off Broadway and National Touring productions. Cast members, crew and volunteers hold Broadway Cares “Red Buckets” at theatre exits to accept donations at each performance throughout the six weeks. The culminating performances consist of musical numbers and skits presented by the participating show companies, which are then rated by an esteemed panel of judges. All participating shows are encouraged to use live music to accompany their performances whenever possible.

The live music is provided by Local 802 members, who feel deeply committed to supporting the Broadway Cares cause. Many hours are invested in composing, arranging, and orchestrating musical numbers for the shows which enter the competition. The Gypsy and Bonnet band members also look forward to performing for these events every year.

This year, 69 Broadway, Off Broadway and national touring productions participated in the fund drive, which raised a record-breaking amount of $6,594,778, the highest ever for a Broadway Cares/Equity Fights AIDS event.

For 30 years, Broadway Cares/Equity Fights AIDS has proclaimed “What we do together makes a difference!” This proves it.