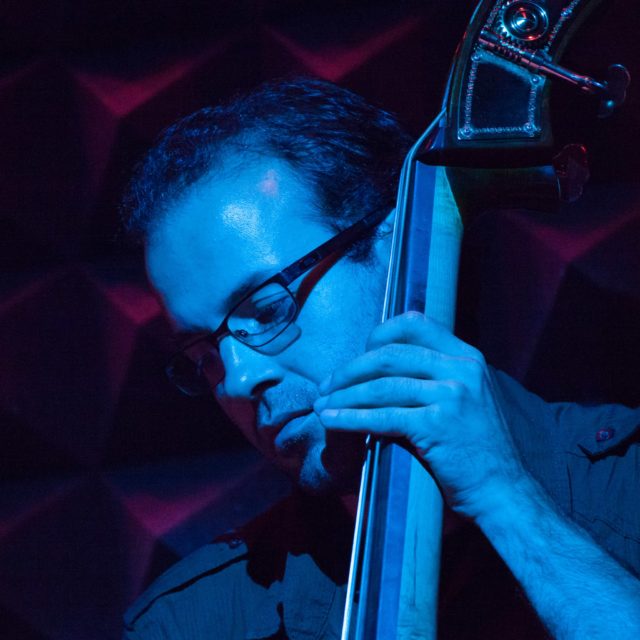 I joined Local 802 after I was hired to play in the orchestra for “Fiddler on the Roof in Yiddish.” I was impressed by how much work Local 802 did for us, and I had a great experience with theatre rep Marlena Fitzpatrick. Upon joining the union, I felt instantly connected to a much larger world of New York musicians than I have before, which will hopefully lead me to many more playing opportunities and collaborations. My musical goal, ever since I moved to New York City 12 years ago, has always been to work with some of the best musicians in the world, including many of my personal heroes, which has been happening over the years and has proven to be incredibly inspiring. One of my favorite NYC gigs took place a year ago when I got a call to sub for the incredible Esperanza Spalding at the Jazz Standard for two nights as part of the Kenny Werner Quartet, which also included saxophonist Dave Liebman and drummer Terri Lynn Carrington. Talk about finding yourself surrounded by your musical heroes! I have been a professional musician for the past 22 years. I graduated from Berklee and later from the New England Conservatory as a jazz bass major. Although I consider myself primarily a jazz musician, I’m always interested in playing in as many styles and situations as possible, which has proved itself to be a very rewarding experience and has taken me around the world many times. I have performed in many top venues around the country (including Lincoln Center, Carnegie Hall, Kennedy Center and the Blue Note), played in many major jazz festivals (NYC Carefusion Jazz Festival, Blue Note Jazz Festival, Toronto Jazz Festival, among others), recorded on over 60 albums for labels such as Warner Brothers, Sunnyside Records and Matador Records, and performed and recorded with a diverse array of artists, including saxophonists Steve Lacy, John Tchicai, Dave Liebman, Myron Walden, trumpet players Roy Campbell, Jr., Nate Wooley, Ralph Alessi, Duane Eubanks, pianists Kenny Werner, Sam Yahel, guitarists Garrison Fewell, Randy Johnston, Gilad Hekselman, drummers Eric Harland, Terri Lynn Carrington, Kenny Wollesen, Ches Smith, Jeff Williams, and many others. I have recorded and toured extensively with Paul Banks (the lead vocalist of the band Interpol) for his first solo record. I have also done a good amount of theatre work, both in the U.S. and abroad, for companies such as the National Theatre of Bretagne, France, CDN Orleans, France, and Folksbiene National Yiddish Theatre in NYC. Music has been an important and inseparable part of my life since I was a small child: I always knew I had to be a musician. Over the years I realized that music is an incredible force that brings so much positivity and purity to an otherwise flawed world. When not busy with playing “Fiddler on the Roof in Yiddish,” I do a good deal of freelance bass work around New York, playing with a variety of jazz and rock artists. I regularly perform with saxophonist Daniel Blake’s trio, The Digging, which also includes drummer Jeff Williams. I also perform with jazz vocalist Marianne Solivan and pianist Michael Gallant, as well as the rock groups Woodhead and Echo Moth.