Local 802 is led by three elected officers and governed by an Executive Board elected by musicians within the the Local 802 community. Our dedicated union staff works to win and enforce contracts and provide union services. Scroll to the bottom of the page for staff contacts.

The best way to reach Local 802 is by sending an e-mail to: membership@local802afm.org

As the President of Local 802, Adam oversees the entire operation of the union.

Adam is the Co-Founder and Executive Director of Musicians for Pension Security.  He also founded the Jerome Ashby Scholarship at the Juilliard School.

Adam studied at the Curtis Institute of Music and Yale University.  Since 2006 he has performed a wide variety of music, including Broadway shows, chamber music, and subbing in major orchestras. 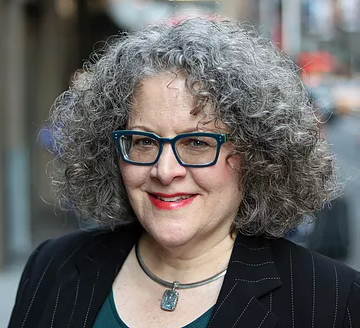 Financial Vice President Karen Fisher worked as a professional clarinetist for 20 years before becoming a business representative in the Local 802 Concert Department in 2007.

After earning a BMus from the Cleveland Institute of Music, she played in the Filarmónica del Bajío in Guanajuato, Mexico, and later served in the United States Coast Guard Band from 1990-94.  Her musical career includes many years of teaching, touring with various bands and orchestras including the New York City Opera National Company, and freelancing in the tri-state area, finally moving to New York City in 1997. A member of Local 802 since 1995, she worked primarily in symphony orchestras and on Broadway.

Through her position as a business representative, she gained a wide range of experiences in negotiating contracts, resolving grievances, participating in arbitrations, and working in conjunction with colleagues in all departments of the Local. To further her education, she attended several classes at the Cornell University School of Industrial and Labor Relations, where she  earned a Certificate in Labor Leadership. As Financial Vice President, Ms. Fisher will constantly strive to ensure fiscal responsibility, transparency, and accountability. 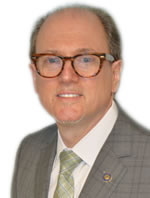 As the Recording Vice-President of Local 802, Andy oversees the fields of Organizing, Electronic Media, Single Engagements, Hotels, Jazz, and Latin music. He serves as a trustee of the Local 802 Musicians Health Fund and on the Board of Directors of the Council for Living Music. His team also handles Local 802’s Teaching Artist Initiative, the Emergency Relief Fund, Jazz Mentors, and the union’s referral service NewYorkMusicians.com. Andy served as a member of the Executive Board of Local 802 (2006-15), Trial Board (2000-06) and on the boards of Recording Musicians Association International and New York chapter.

Prior to serving as Recording Vice President, Andy’s career as a guitarist spanned forty years, working in NYC’s clubs, recording studios, concert halls, and on many Broadway shows, as well as touring internationally with Ashford & Simpson. Andy was on staff at Sony Music (2000-2004) ultimately as Associate Director of A&R Administration at the Sony Classical label, and served as the Coordinator of the Music Business Program at New Jersey City University from 2006-2015.

Andy graduated from the Hartt College of Music with a degree in Classical Guitar performance and he was awarded an M.A from New York University’s music business program. He holds a certificate in Advanced Union Leadership from the Cornell Union Leadership Institute.

The Executive Board is the governing board of Local 802. Board Members are elected by members.

Trial Board is the judicial body of Local 802, charged with addressing and adjudicating disputes among and between Local 802 members.

(The best way to reach Local 802 is by sending an e-mail to: membership@local802afm.org)

The best way to reach Local 802 is by sending an e-mail to: membership@local802afm.org