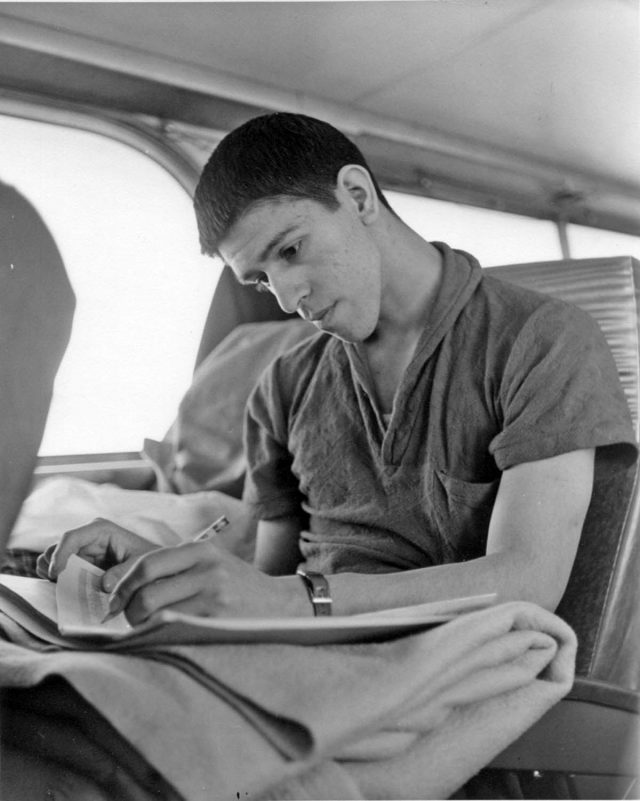 Bob Ojeda in the summer of 1960. Photo by Roger Rhodes.

Bob Ojeda, 78, a trumpeter and a member of Local 802 since 1992, died on March 26. Allegro published Mr. Ojeda’s obituary here, and below are reminiscences by Roger Rhodes.

Every day on the bus, Bob was writing charts for the band and I would help with the copying. Ralph had a a reputation as a difficult leader, but he paid Bob for the charts and we played them alongside arrangements by Bill Holman, Marty Paich, Al Cohn, Med Flory and Manny Albam.

As the unofficial band photographer (I had all the processing equipment on the bus), I took pictures of the band members, but Bob, playing the jazz chair (his playing always had a natural fluidity – not unlike that of Don Fagerquist), was able to get off the stand and take shots of the whole band while I was still playing.

It was a great six months and Bob and I connected regularly through the years up until his serious illness this past winter. He will be missed!