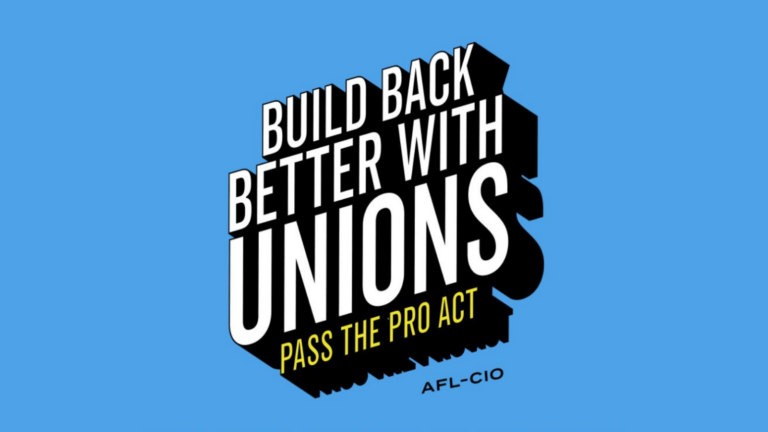 It’s a basic fact that unions raise wages for both union and nonunion workers. Most Americans probably realize this on some level, because according to a recent Gallup poll, a majority favor unionization. Despite this, organized labor is at a crossroads in this country. The path that it takes will decide its fate for decades to come.

It is a well known fact that union membership density in both the private and public sector has been steadily declining. The impact of the decline has been profound and this downward trend has resulted in unprecedented levels of income inequality.

At its highest point — 60 years ago — about one third of the American workforce was unionized. Presently, this rate has declined to approximately ten percent in the private sector and 30 percent in the public sector. In our darkest moments, we fear that the labor movement is headed towards irrelevance and extinction. Anyone who recognizes the value of the labor movement must help turn the tide now.

Luckily, there is legislation that is poised to do just that. The Protecting the Right to Organize Act (PRO Act) will provide organized labor the tools required for the revitalization of the labor movement. On March 9, 2021, the PRO Act passed the U.S. House. It has yet to make it to the floor of the Senate chamber. The good news is that the current administration has made the passage of the PRO Act one of its top priorities. Anyone associated with the labor movement must make it their mission to see that this happens, or the fate of the American labor movement may be sealed permanently.

Once passed, the PRO Act will breathe new life into the National Labor Relations Act by amending it in substantial ways. The NLRA has huge flaws that have atrophied the labor movement. Its flaws have been exploited by anti-worker factions to inhibit the growth of organized labor. The PRO Act will remedy many of the NLRA’s infirmities in significant ways. Here are some of them:

(1). Mediation/arbitration for first time contracts: Winning a union election is only the beginning of the process. The key to the successful conclusion of any organizing campaign is obtaining a collective bargaining agreement for the designated bargaining unit. Unfortunately, the deck is stacked against the union. Majority status can be questioned after only one year and often bargaining units get frustrated with the length of time it takes to achieve a first time agreement. Thus, employers who engage in union avoidance tactics drag out bargaining by superficially making the motions of bargaining in good faith. The remedies provided by the NLRA in its current form are ineffectual to address and curtail this behavior. Roughly 60 percent of first-time contracts are not achieved, and the organized workers lose interest in the process. The PRO Act will cure this by first requiring mediation and then binding arbitration for any first-time contract that is not agreed to within several months of a bargaining certification order. Thus, employees are assured that they will achieve an agreement — and employers are incentivized to reach a prompt agreement so that they retain some control over the process. The statue provides guidelines for the arbitrator to consider in fashioning a first time contract. Those factors include not only the employer’s current financial condition but also their future economic prospects and well as their employees ability to sustain themselves. The imposed economic terms would be binding for two years and would present the status quo terms for a successor agreement.

This streamlined test would replace the NLRB’s current byzantine multi-factor “right of control” test. It should be highlighted that the ABC test is only applicable for purposes of determining which workers can seek union representation. The test has no applicability to any other federal labor statute. Thus while it will increase the number of workers who may seek representational rights, it will not prevent workers from continuing to work as independent contractors.

(5). Right of private action: The PRO Act would give workers the right to initiate a private suit in the event that their rights under the act were violated. Liquidated damages, civil penalties and other remedies would be available to aggrieved employees.

During a recent seminar I attended on the PRO Act offered by the Cornell University ILR School, former Secretary of Labor Tom Perez indicated his belief that the PRO Act would in fact pass the Senate through the budget reconciliation process, the same way the American Rescue Plan passed. Let’s all hope he is right for the sake of the future of the labor movement.

Also in this issue by Harvey Mars: “Leaving the black hole of the pandemic”