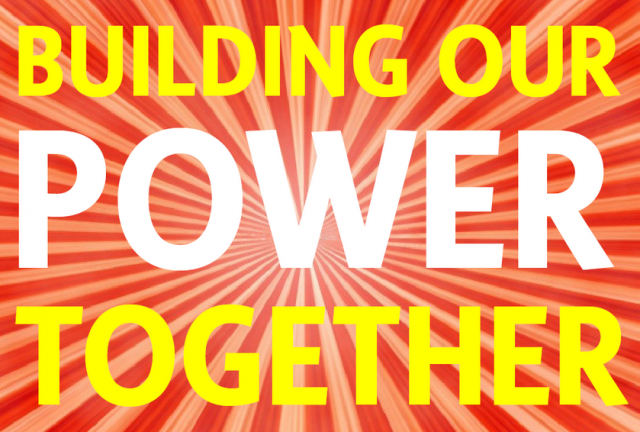 It’s hard to think of a more complicated time for professional musicians. After four years of chaos, a worldwide pandemic, the shutdown of our industry, and an attempted violent insurrection, it feels like life just may improve in 2021.  We’ll finally see some empathy, intelligence and progressive policies coming out of the White House.

The inauguration of Joe Biden and Kamala Harris featured the arts and showed everyone the positive power of culture and why music is so important to who we are as a country. Within his first hours in office, President Biden took decisive action and removed anti-union lawyer Peter Robb from his role as NLRB general counsel. President Biden also passed an executive order that says it’s the official policy of the United States to encourage union organizing and collective bargaining. Local 802 will work with our allies and partners in labor to make sure the Biden/Harris administration puts workers first as the country begins to recover.

Even as the pandemic continues to rage, Americans are starting to get vaccinated. Although we’re still in the dark time of winter, and musicians are still suffering like never before, it’s finally possible to see a light at the end of the tunnel and finally to feel more and more hope.

One notable positive change is the election of Vice President Kamala Harris, the first female, first Black person and first Asian-American person to serve in that role. It’s fitting that she starts her job just as Black History Month begins. We’ll be posting Black History Month events throughout the month; stay tuned to our social media.

The most important goal in front of us is the recovery of our industry and making sure no one is left behind. Over the past month, I’ve spent a lot of time with elected officials to press them for aid and relief. Governor Cuomo has unveiled a plan called the New York Arts Revival that will attempt a slow, safe re-opening of some NYC venues. We’ve been in close contact with the governor’s team to better understand the initiative and to make sure that the governor is aware of what our members continue to need during the pandemic and will need as we eventually return to work.

The truth is that the city and state have limited resources for now. For the tremendous job at hand, we’re relying on the federal government — and the new Biden/Harris administration — to do what’s needed to avoid a “Great Cultural Depression.” (For more on what I mean by that term, see my op-ed in the New York Daily News and my recent interview on CBS.) To that end, we’re talking regularly with Senator Schumer’s team regarding all the issues musicians are facing due to the pandemic.

The specific issues we’re asking for are well known by now. Musicians need some or all of the following:

This unprecedented crisis requires the help of our government and elected officials, which is why I’ve spent so much time and energy cultivating these bonds. I’m pleased to say that our relationships with both Governor Cuomo and Senator Schumer are strong, as well as many with New York State senators and representatives and NYC councilmembers. We’re reaching out to the Biden/Harris administration, and we’ll keep you posted on our efforts and tell you how you can help.

Most of us received a recent letter from the AFM Pension Fund explaining that the trustees again filed another MPRA application to cut benefits after their first application was rejected by the Treasury Department.  Following that application, each plan participants received a restatement of benefit cuts which are now projected to be far higher than those projected after the first MPRA application. (You can read the letter and check your own benefits at www.afm-epf.org.) This situation calls for a national strategy — and unfortunately the AFM doesn’t have one, so each local is on its own. Local 802 has partnered with Musicians for Pension Security to launch a major campaign calling for solidarity with other AFM locals to make sure that Congress includes effective pension relief in the upcoming aid packages. Read our recent e-mail blast here and take action. Now’s the time when we have a chance for some real legislative help — but only if we leverage our collective power. We will organize and speak with one voice to let the stakeholders in Washington D.C. know that pension relief must be passed.

We’re in the hardest period of the pandemic and this is the critical time when many of our members may temporarily fall off the Local 802 health plan due to the fact that our employers are shut down and not paying health contributions. Unfortunately, once again the AFM doesn’t have a national strategy, so each local is on its own. Here at Local 802, we’re doing everything we can to share resources. Our approach right now is three-pronged:

BUILDING OUR POWER BY WORKING WITH OTHER AFM LOCALS

Over the last few months, I’ve reached out to my counterparts at all the AFM locals to address together a few of the many issues we all face due to the pandemic:

My fellow officers and I will continue to work with other locals in order to best serve musicians. Together, all of us are the union.  Sharing resources and information with other locals for the first time on a large scale is critical in building our power as a union.

For the first time in recent memory, we’re doing a complete survey of our members. We hope to launch this month. The goals of the survey include:

Keep watching for an e-mail blast with the survey in the coming months.

As always, we want to hear your feedback about how Local 802 is doing and how we can serve you better. The best way to reach us right now is still Membership@Local802afm.org.