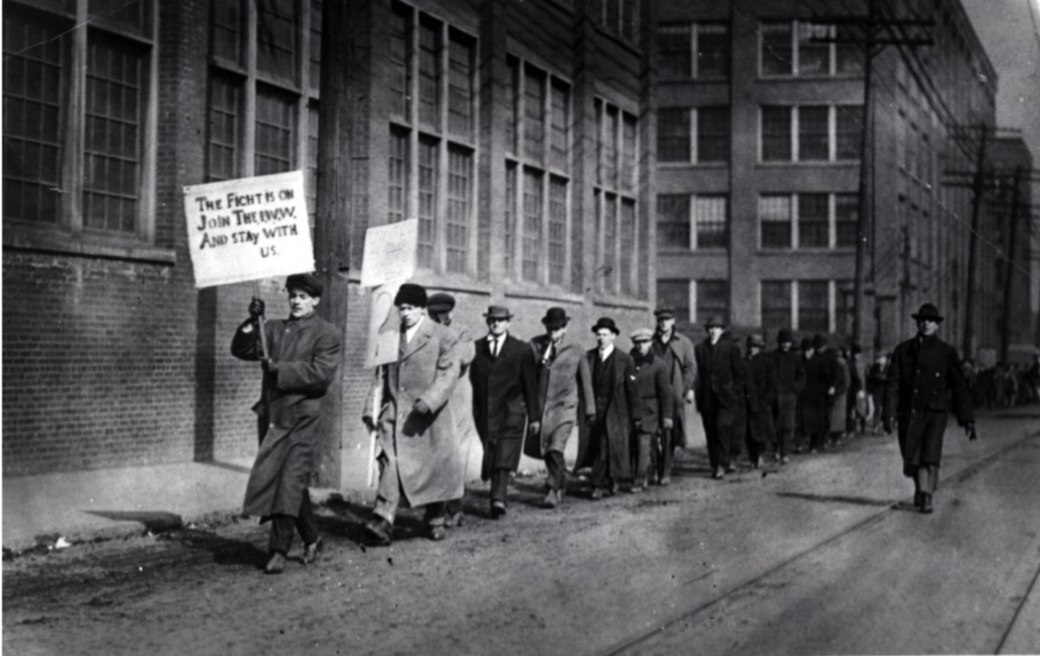 The Lawrence textile strike, also known as the Bread and Roses strike, was led by immigrant workers in Lawrence, Massachusetts, in 1912

On a recent trip to Bethlehem, Pennsylvania, I paid a visit to Willard Martin, renowned harpsichord builder and genius of the physics of sound. Willard’s shop is in a re-purposed Russian Orthodox Church within view of the now shuttered, but recently repurposed blast furnaces and smoke stacks of the once magnificent Bethlehem Steel Company. I mentioned to Willard that I had nearly gone to the wrong church, only a block away, and he reminded me that it’s a common occurrence in Bethlehem, where there are at least 18 churches on a one-mile strip extending from the factory, westward to the edge of Lehigh University. He posited that the bosses of the Steel Works helped parishioners of the many ethnic groups who worked in the company build churches in order to keep them segregated on worship days and less likely to unionize. I don’t know if this attempt at “divide and conquer” was really their thrust or whether more altruistic motives prevailed, but I became curious about the period of Mass Migration to the U.S. from 1880 to 1920 during the Industrial Age, and how the unification of very diverse ethnic groups had succeeded. With the current decline in labor union membership, attacks on unions, and the continued stratification of American society into very disparate economic groups, it is useful to see how far we have come and how far we have to go.

Bethlehem’s history mirrors the evolution of countless American cities during the Age of Migration, which, in their shifts from farming communities to industrial cities, needed large numbers of factory workers. Founded in 1741, Bethlehem was settled by the Moravians, who brought with them, among many wonderful cultural traits, the music of J.S. Bach and other German composers. Bethlehem began as a farming community on the Lehigh River with access to the Delaware River, thus linking it to Philadelphia. It became a likely place for the expansion of the railroad, and the burgeoning industry that followed during a time when great advances were made in the production of steel. The first generation of steel mill owners and management were American, British, German, and Irish, a common pattern. Workers arrived from all over Eastern Europe, dozens of nationalities, each with its own culture, language, and ways of worship. By 1910, 52 nationalities were represented in Bethlehem, but there was a distinct pattern of settlement of these groups based on an ethnic, social and occupational hierarchy. Mobility between groups was minimal, and employers favored keeping things that way in order to not only facilitate communication with foremen, but also to discourage solidarity among groups of workers. Working conditions were bleak: long 12-hour days, dangerous conditions and low pay.

The first labor strike at Bethlehem Steel occurred in 1910 and lasted 108 days, after which the workers returned to work with no gains in wages, and an optional overtime rule that was not honored by management. The second strike, in 1918 to 1919, was significant in that employees of all stripes united behind the common goals of shorter hours, better conditions, and fairer compensation. The federal government was obliged to become involved and ran an investigation, finding myriad abuses in the plant. Nevertheless, the strike was crushed and, again, workers returned to their jobs with conditions much like before. However, that job action showed that an extremely diverse population of employees could unify under a common purpose, and avoid infighting. The groundwork was laid for eventual unionization, facilitated by the AFL and the International Association of Machinists. People who believed in the virtues of peaceful protest and religious harmony worked together, and, after World War I, a second federal probe was launched outlining abuses, and workers gained time and a half for overtime and the right to collective bargaining. 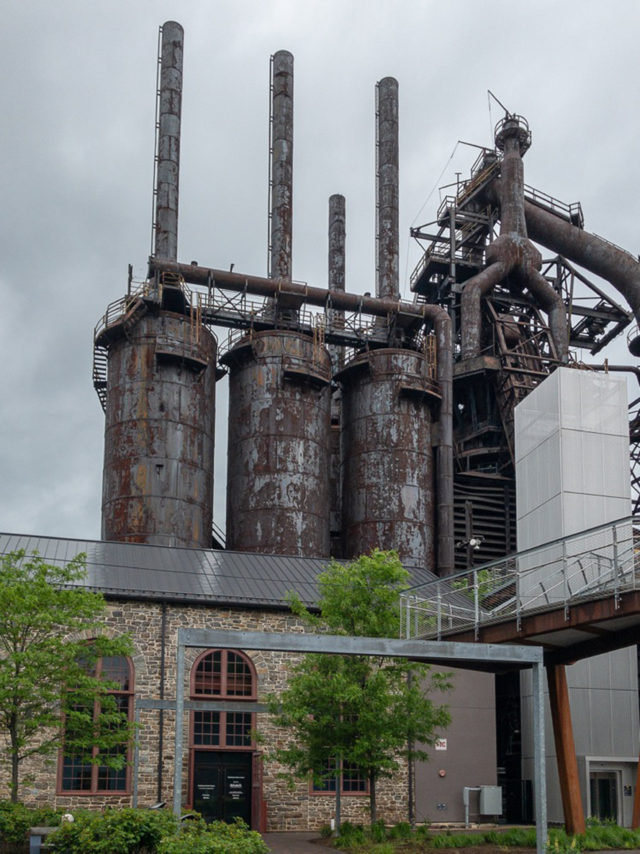 The legendary Bethlehem Steel Company was once the site of famous labor strikes.

The “New Immigration” from 1880 to 1920 in New Jersey followed a similar pattern. Eastern Europeans fleeing religious persecution, dislocation, lack of economic opportunity and education came to America to work in Industry. Between 1880 and 1914 one third of all Eastern European Jews left their homelands and came through Ellis Island to find work here and get a fresh start. Immigrants representing dozens of other nationalities came to work in the mills of Jersey City, Newark, Paterson, Passaic, and Trenton, making silk, other textiles, cigars, pottery and leather goods.

Curious about my own family’s origins, I enlisted the help of my friend and fellow Local 802 member, Jonathan Levine, who is a specialist in Jewish genealogy, in finding my grandparents’ records. They all arrived in the big wave between 1900 and 1910 from Russia, Poland, Austria and Ukraine. My maternal great-grandparents settled in Passaic, where my grandfather worked in the silk and cigar mills. He and my grandmother eventually bought a house in Passaic, took in a boarder who was, magically, a violin maker (!), and saw both of their children receive college educations. Wives of the era like my grandmother also commonly did piecework. My paternal grandmother’s tailoring and sewing skills, and another boarder, saw my father’s family through the depression in Brooklyn. It looked as if the access to low cost, excellent education, and social programs available to families would be the great equalizer for people who aspired to climb economically in America.

Labor struggles during the early 20th century followed a predictable paradigm. The older generation of immigrants became management. And among the new arrivals of the working class, the ethnic origin of a person largely determined his or her position in the occupational hierarchy. By 1920, some New Jersey cities were over 80 percent foreign-born or first generation Americans. Many strikes in factories across the Northeast and Midwest occurred, some facilitated by the Industrial Workers of the World, which was dedicated to the overthrow of capitalism. Employers eager to discredit strike organizers called them out as radicals, socialists and anarchists. This strikebreaking technique of marginalizing organizers from the group is still used today. Another tactic was to bring in strikebreakers of a different ethnicity to upset the suffering strikers and marginalize them. Some worker groups were able to achieve ethnic integration and unity; some resisted. The many obstacles these workers faced as they attempted to build wealth and achieve professional advancement made social reform slow. To make matters worse, the U.S. Congress’ conservative wing was able to consistently block labor rights legislation.

When African Americans began to move northward during this period, they experienced challenges from not only the worker population, but also from employers. Many were engaged as strikebreakers during labor actions and were subjected to terrible attacks by striking workers. Many died or became homeless when their communities were destroyed by fire. Their battle for civil rights and racial equality is still evident today, along with the struggles faced by immigrants, people of color and women in our country. And speaking of women, they waged their own battles as workers during the Migration Age, too. During the 1912 “Bread and Roses” strike at a textile mill in Lawrence, Massachusetts, 20,000 workers, mostly women and children, representing 40 nationalities, struck for better working conditions. Led by IWW leader Elizabeth Gurley Flynn, the strike reached a turning point when the children were publicly sent away from their families to be taken care of by others. The workers earned up to 20 percent raises.

In the period between 1880 and 1920, six million workers participated in 23,000 strikes against coal, street car, steel, and textile companies, paving the way for more humane working conditions, higher wages, better job security and the right to bargain collectively. We owe our present protections to these groundbreaking folks and their ability to unify extremely diverse groups of employees under a common banner. There is, however, much work yet to be done. We must continue to strive to ensure equal opportunity for all through diversity initiatives and a commitment to fairness in the workplace.

Lynne Cohen is an oboist and a member of the Local 802 Executive Board. 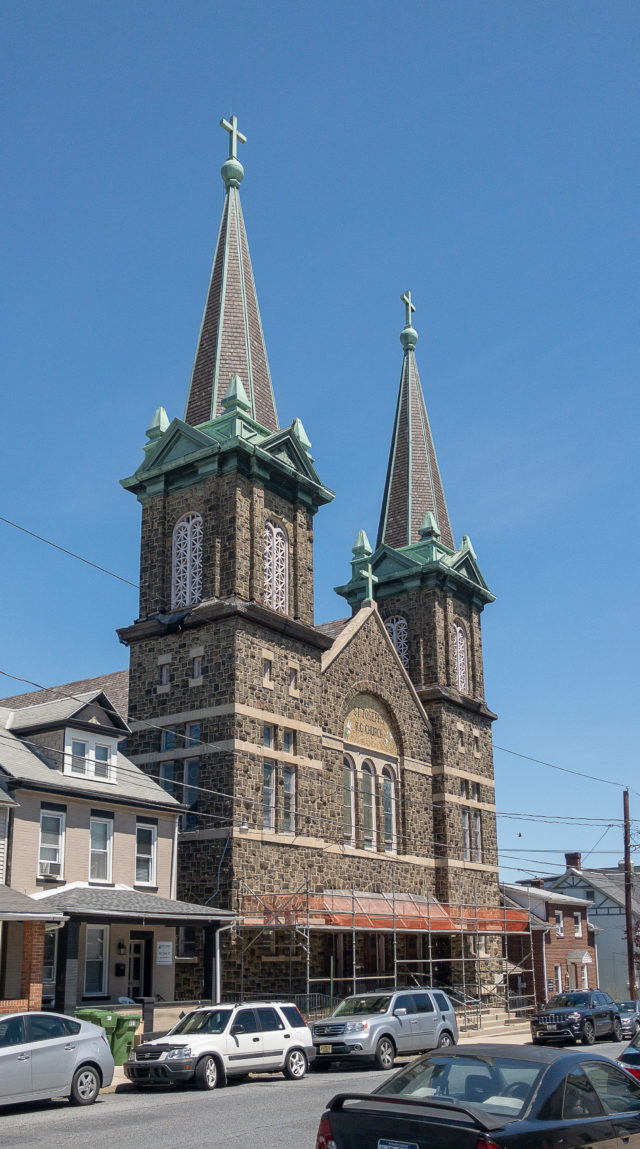 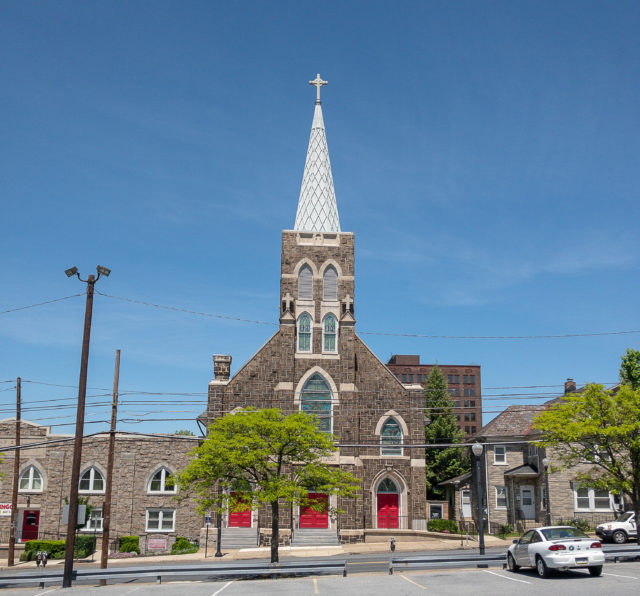 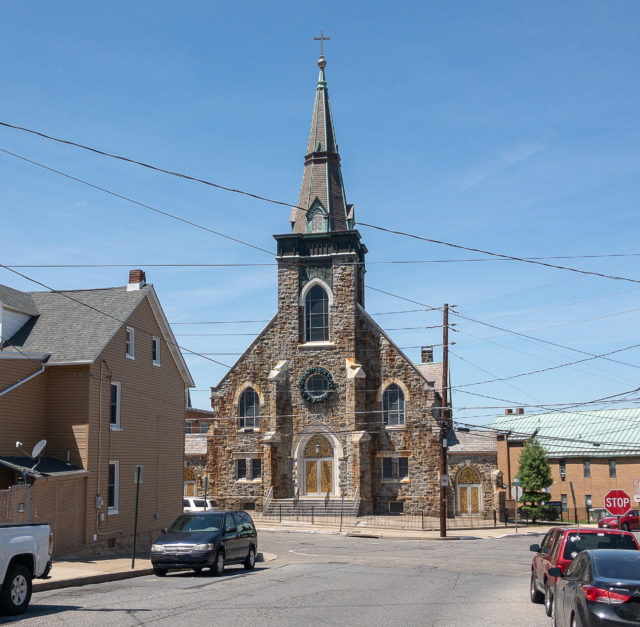 There are at least 18 churches on a one-mile strip in Bethlehem, Pennsylvania. Why so many? One theory is that the owners of the historical Bethlehem steel companies helped build many separate churches in order to keep workers segregated and diffused on worship days and less likely to gather in one large congregation. If workers all met together in one church, it could be easier to unionize – something the bosses wanted to avoid at all cost! Above, photos of Bethlehem churches by Local 802 member Constantine Kitsopoulos.