Last month, I wrote about how Local 802 can help generate work for musicians, which is admittedly not our primary role. This time we’ll discuss what is a traditional function of trade unions: organizing workplaces.

Remember: we are not the “American Federation of Broadway Pits, Symphonies and Film Soundtracks” — we are the American Federation of Musicians…and that includes jazz musicians, who’ve had a presence at Local 802 for decades with very intermittent contract victories. If the jazz field can become more thoroughly unionized, this will open up the floodgate to instilling safety nets and improved working conditions for rock musicians, pop musicians, hip-hop musicians…you name it. This is long overdue.

President Tino Gagliardi’s campaign e-mail from last November stated, “It is time for us to explore new contract models for nightclubs that would open a path to membership for these musicians who have been unrepresented for far too long. Other unions have models that have the potential to be a good fit for these types of short-term engagements and we can create fences that do not undermine our existing contracts.” Go Tino!

Most labor unions penalize members for taking on non-union work. The former Indie Musicians Caucus of Local 802 conducted a survey in September 2019 which found that less than 5 percent of Local 802 members earn 100 percent of their income from music work under AFM contract. There simply isn’t enough unionized music work in the New York area to pay a living wage to all 6,000 Local 802 members, let alone the estimated 50,000 musicians in the area. If our members were penalized for taking non-union work as they are in other unions, our local would vanish, and presumably that is the case for the majority of other AFM locals as well.

Let’s focus on the latter. Narrowing the scope to the New York-area jazz scene for the extent of this article, I’d like to divide the field into what I consider the five “pillars” of the union’s involvement:

The majority of AFM contracts are an agreement between the union and the leader of a band, orchestra or organization, not the venue itself. Most outsiders are not aware of this distinction. For example, Lincoln Center is a venue, which rents out to the New York Philharmonic, Metropolitan Opera and New York City Ballet, all of which are independent organizations with their own contracts. Even venues such as Carnegie Hall or Madison Square Garden do not have a contract with the AFM. Case in point: The AFM’s international headquarters is located in an office floor directly above a Hard Rock Café — a music venue that is not under AFM contract. A coincidence? One may argue so, but in any case, the symbolism is undeniable and the reality is that the union has faced stumbling blocks in organizing venues.

Three attempts at unionizing jazz clubs have been undertaken over the decades: Ron Carter and Sonny Fortune’s movement in the early 1970s, Local 802’s Jazz Campaign of the late 1980s/early 1990s, and Local 802’s Justice for Jazz Artists of the 1990s-2010s. The one nightclub in the country currently under AFM contract is the cabaret venue Feinstein’s/54 Below, which the union was able to organize due to the fact that many Broadway musicians perform there. The only other clubs in the past to sign collective bargaining agreements with the union were Eddie Condon’s, the Lenox Lounge, Michael’s Pub, Rick’s Lounge and the West End Bar (all defunct now).

It is vital that campaigns are built by going into the workplace and asking the workers what conditions they would like to see changed, getting at least 51 percent of the members (preferable more than 80 percent) on board. A longstanding dilemma with organizing venues is the lack of leverage. Unlike an orchestra, which mainly works at one place year-round, most venues hire a different group every night, or maybe week-long engagements at the most. The best-case scenario is having a regular rotation of performers year after year; however, even in that case, if all the acts were to strike together, it’s likely the venue could find others to replace the groups instead of giving in to their demands.

Another strategy that is increasingly winning victories in modern labor organizing is collaborating with a “workers’ center.” Since 1947, it has been illegal in the United States for unions in engage in “secondary boycotts,” which are labor actions against entities that are not targets of organizing campaigns. As we cross our fingers for the PRO Act to pass the Senate, a workaround is a nonprofit that comprises numerous roles in a given workplace/field. Two examples in other industries that have achieved results are the Restaurant Opportunities Center and Make the Road New York. In our domain, two significant workers’ centers which emerged at the beginning of the pandemic are the Music Workers Alliance and the Union of Musicians and Allied Workers. 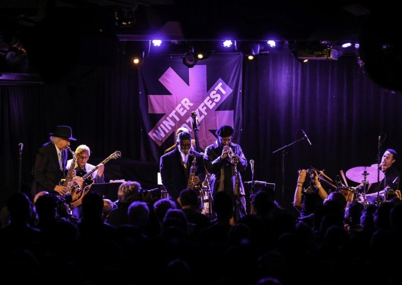 At the Local 802 Jazz Advisory Committee, one of our current projects is putting together several festivals in NYC parks under a combination of the Council for Living Music and Music Performance Trust Fund backing. This, when combined with the festivals already under contract, is intended to manifest an environment with union presence from the bottom up. 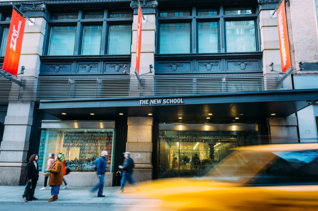 The AFM national office includes a department dedicated to education. However, the majority of agreements in that department are classical teaching programs connected to an organization/orchestra under contract.

Possibly the most significant jazz contract at Local 802 is at the New School, won in 1998. Shortly after that, three other schools were looked into:

Two other programs currently under Local 802 contract that include a jazz/contemporary music program are Midori & Friends and Kaufman Music Center/Lucy Moses School.

Many universities have signed a contract with the American Federation of Teachers, which covers all faculty, including the music department. (Even the Manhattan School of Music and Berklee College of Music have an agreement with the AFT.) A few schools utilize contracts under miscellaneous unions such as Union of Academic Workers or Union of Clerical, Administrative and Technical Staff. While these universities and larger schools are unionized, there are some music education programs in the New York area which may be targets for organizing; we won’t name names just yet, though. 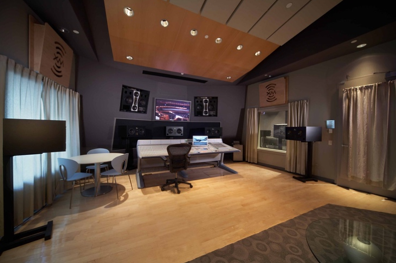 If a record label has signed a contract with the AFM (such as the Sound Labor Recording Agreement), a recording session is supposed to pay union scale and benefits. When musicians get called for non-union recording sessions, Local 802 has always encouraged musicians to report these so-called “dark dates” to a union rep so that the union can try to help win equitable pay and benefits. Also, musicians paying for their own recordings and hiring their own musicians have always had the option to file with the AFM in the interest of their backup musicians. 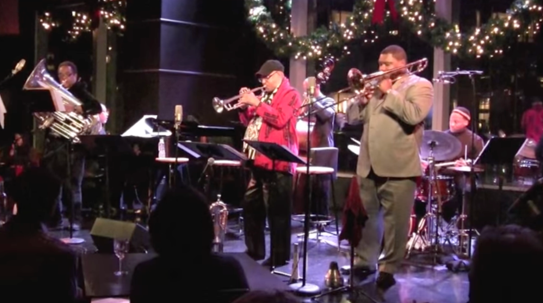 Musicians may form either an LLC or an S corporation where the bandleader is the employer and the side musicians are the employees. The corporation then signs an agreement with the union. The agreement can pay out union scale and benefits, which can be collected in a variety of performance and teaching situations.

Trumpeter Jimmy Owens (pictured above) has run his S corporation Jay-Oh Productions, Inc. since 1996 and is well-known for encouraging his colleagues and students to do the same, particularly as a gateway to pension vestments. Others who have pursued similar agreements include Regina Carter, Gene Perla, Roxy Coss, Michael Leonhart, the Vanguard Jazz Orchestra, and many more.

As was mentioned earlier, the key prerequisite for unionizing any workplace is getting the majority of the workers on the same page. If the majority of the musicians working at every venue, festival, school and recording session understand the value of the union — including a collective voice, respect on the job, fair wages, benefits, a grievance procedure — this can create progress towards a culture where the union is powerfully relevant toward workers achieving dignity. (Also needed is legislation making it easier to unionize — a topic for another day.) The Local 802 Jazz Advisory Committee is planting the seeds for engaging younger musicians via creating work (discussed in last month’s article), our program called Jazz Mentors, and an educational seminar that is in the works.

Need a group to share ideas on this topic? Got an idea for a musical workplace to organize? Same address as last month: 802jac@gmail.com.

Guitarist David Stern has been a member of Local 802 since 2018. Allegro welcomes occasional opinion pieces from members. Not all pieces will be published. The views expressed here do not necessarily represent the views of the officers, staff or members of Local 802. Send your submissions to Allegro@Local802afm.org.