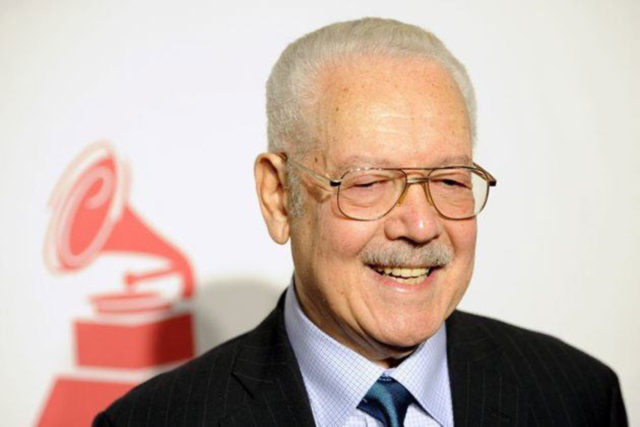 Ray Santos, known as “El Maestro” by his fans and fellow musicians and “Papi” by his family, died on Oct. 17 at the age of 90. He had been a member of Local 802 since 1946. A Juilliard graduate, he was one of the leading authorities on Afro-Caribbean music. Known for the layered complexity of his arrangements, Mr. Santos performed, composed and arranged Grammy-winning projects for the world’s top Latin bandleaders, including Eddie Palmieri, Paquito D’Rivera, Tito Puente, Tito Rodriguez, Mario Bauza and Machito. In 1992, Mr. Santos received critical acclaim for his compositions and arrangements for “The Mambo Kings” soundtrack. In the same year, Mr. Santos collaborated with Linda Ronstadt on “Frenesi,” which earned a Grammy for best tropical Latin album of the year. In 1998, he was invited to be a special guest conductor with Jazz at Lincoln Center for the landmark concert “Con Alma: Jazz with a Latin Tinge.” He also worked on “Cachao: Uno Más,” a film about Cuban bassist Israel “Cachao” López. Mr. Santos’ awards are too numerous to mention; a few include the Chico O’Farrill Lifetime Achievement Award, the Bobby Capo Lifetime Achievement Award, entrance into the International Latin Music Hall of Fame, the Latin Grammy’s Trustees Award and an honorary doctorate from Berklee College of Music. Mr. Santos was also an esteemed music educator and professor of music at the City College of New York, where he taught for nearly 30 years and directed the college’s Latin band. He lectured all over the country and served as artist-in-residence at the conservatory of music at SUNY Purchase College School of the Arts. He is survived by his children Virna, Cynthia, Carmen, Rhynna and Raymond Santos and his grandchildren Colin, Aidan, Ethan, Enrique, Patryck, Sabina, Raymond and Massimo. 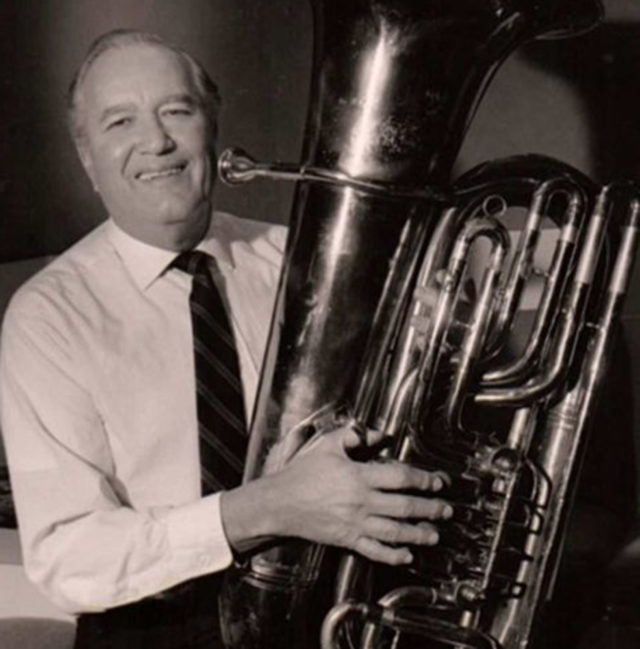 Herbert Wekselblatt, 92, the former principal tuba player with the Metropolitan Opera Orchestra and a leading tuba player in New York City for close to 50 years, died on July 14. He had been a member of Local 802 since 1945. Mr. Wekselblatt served on the leadership of the Met musicians negotiating committee during two periods of labor unrest, both times helping achieve substantial wage and benefit increases. (The Opera News called him “the orchestra militant.”) In addition, he helped win the blind audition process at the Met in the 1960s. At the very first blind audition, all four open violin positions were won by women, which many say would not have been possible under the old system. Mr. Wekselblatt recalled one fellow male orchestra member being furious at him, yelling “You’re going to be remembered as the S.O.B. who brought women into this orchestra.” Mr. Wekselblatt won a full scholarship to Juilliard at age 16. He later earned a bachelor’s and master’s degree from Columbia. During his career, he taught in the Long Island public schools and also served on the faculty of the Manhattan School of Music. His first recordings came at age 20 under Leopold Stokowski and a young Leonard Bernstein. Other classical music icons he played for were Sir Thomas Beecham, Ernest Ansermet, Erich Leinsdorf, Carlos Kleiber, Karl Bohm, Herbert Von Karajan, James Levine, Dean Dixon, Leon Barzin, Bruno Walter, Paul Whitman, Fritz Reiner, Dimitri Mitropoulos and Sir George Solti. Before he joined the Met, he played with the Voice of Firestone, Symphony of the Air (NBC Symphony), Goldman Band, and the original Broadway production of “The Sound of Music.” He published two books of tuba solos, which are still used widely. Mr. Wekselblatt was a veteran who served in the Navy during World War II and Korea. He is survived by his wife Barbara, sons Michael, Daniel and David, five grandchildren and one great-grandson. The family suggests donations to Doctors Without Borders at www.doctorswithoutborders.org.

*See separate tribute elsewhere in this issue by clicking the link